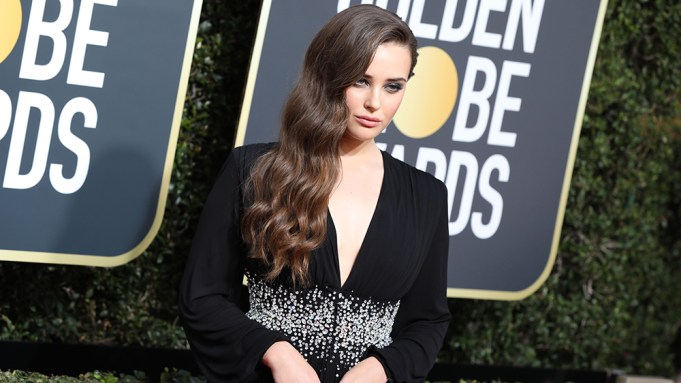 As women and men in the entertainment industry took to the Golden Globes red carpet dressed in black, several stars spoke to Variety about what the Time’s Up movement meant to them.

“We’re wearing black in solidarity,” said Emma Watson on the carpet before Sunday’s awards show. “It makes me really emotional actually, thinking about this movement that we’ve put together is across industries, it’s across communities, it’s across spaces. It’s such a show that this issue doesn’t just affect women in Hollywood. The issue is affecting women everywhere, in every country around the world. It is global, it is systemic, it is structural, and we’re all joining together in that tonight to amplify this message.”

The majority of Golden Globes attendees chose to wear black in support of the fight for gender equality and against abuse, in light of Hollywood’s recent wave of sexual harassment allegations. Time’s Up, an initiative created by 300 women in entertainment to fight against harassment in the workplace, organized the black dress movement #WhyWeWearBlack, and several actresses, like reWatson, brought female activists as their guests.

“Having women in Hollywood shine a light on this issue and stand in solidarity with a whole range of activists is absolutely amazing, because what it does is says this is really important, you can’t look away anymore,” said Marai Larasi, Watson’s date and executive director of Imkaan, a black feminist organization in the United Kingdom.

Director Ava Duvernay noted that while the red carpet blackout is an important first step, there’s much more to be done in fighting for women in the workplace.

“It’s really simple. This is not an end-all, be-all, it’s not a solution to a very systemic problem, but I think it’s important for people like us who have the spotlight on us to turn that light on an issue that’s larger than patting ourselves on the back,” she said.

Alison Brie, nominated at the Golden Globes for her work on “GLOW,” said that she considers herself one of the lucky ones in Hollywood who get to work on a show surrounded by female showrunners, producers, directors, and actresses, while presenting a message about female empowerment. The actress said the show has made her realize, “‘Oh wow, it is rare that I’ve felt this empowered, this safe on a set,’ and that shouldn’t be that rare. It should be the norm.”

Younger stars, like “13 Reasons Why” nominee Katherine Langford, also joined in on the statement, and Langford said Time’s Up was special for her because older women in Hollywood have “gone through things in life and also in this workplace that I will never have to go through because they chose to hold the door open. I want to respect that and use my voice and my platform to continue to hold the door open for people who will come after me.”

Some men got in on the conversation, including “American Crime Story: Versace” star Darren Criss, who said, “There’s a lot of different ways to do it. A lot of people have done it in a really celebratory way even though the reasons for it stem from a dark place. I think there’s a celebration going on. It’s like a battle cry. There’s a real resilience happening today.”

The 75th annual Golden Globes were held on Sunday at the Beverly Hilton Hotel, hosted by Seth Meyers.