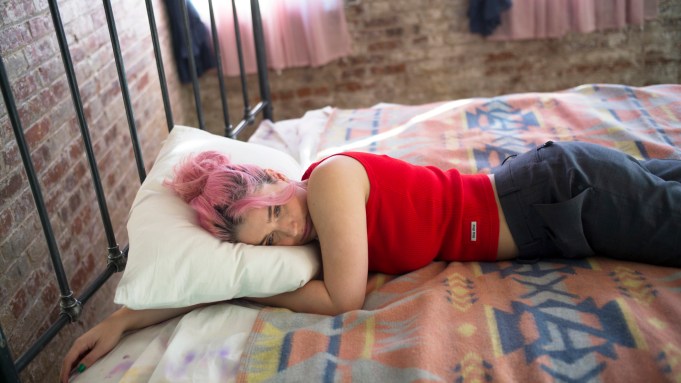 Dakota Fanning has made her directorial debut with “Hello Apartment,” the latest title in the Prada-commissioned Miu Miu Women’s Tales short film series directed by women exploring the feminine universe.

Set in a Brooklyn loft which becomes a repository of memories, Fanning’s debut was unveiled Monday at London’s Curzon Mayfair Cinemas as a side event during London Fashion Week. The short is the 15th title in the Miu Miu Women’s Tales series launched in 2012 in tandem with the Venice Days section at the Venice Film Festival. It will screen at Venice later this year.

“Hello Apartment” is written by Liz Hannah, a co-writer of Steven Spielberg’s “The Post,” who in a statement said it is about “reliving your past while going through what’s happening in your life now, in one space.” Fanning noted that it “was inspired by my first home, where I still live,” calling it “a shrine to experiences.”

Fanning broke out as an actress when she was just 6 years old with her performance in “I Am Sam” with Sean Penn. Her many roles since then have included turns in Spielberg’s “War of the Worlds, the “Twilight” series, and more recently in Ewan McGregor-directed “American Pastoral. She currently appears in TNT TV series “The Alienist” and will soon be seen in all-female caper spin-off “Ocean’s 8.”

Previous titles in the Women’s Tales series include Chloe Sevigny’s “Carmen,” starring Spanish-American comedian Carmen Lynch, and “(The [End) of History Illusion]” by U.S. choreographer-director Celia Rowlson-Hall, both of which premiered in Venice last year. Other shorts in the series are “Les 3 Boutons” by Agnès Varda; “Le Donne della Vucciria” by Hiam Abbass; “Muta” by Lucrecia Martel; and “The Powder Room” by Zoe Cassavetes.

The shorts in the series are all loosely inspired by Miu Miu clothes and accessories, but with no obligation for these products to be shown on  screen.