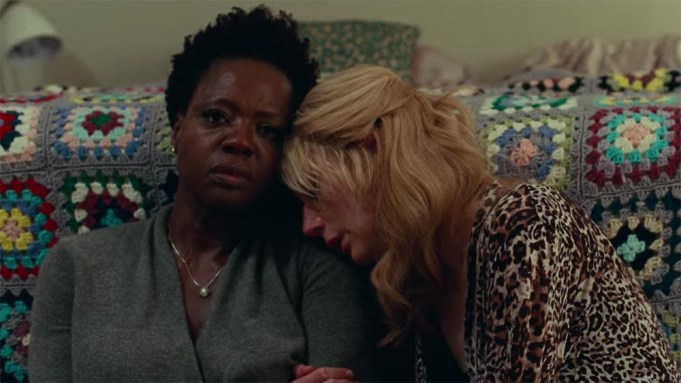 Fox has dropped the first trailer for “Widows” with an intense Viola Davis dominating as a robbery crew leader.

The film, based on the British miniseries of the same name, opens with four armed thieves being killed during a robbery. Their surviving widows come together to try to deal with the debt left behind from the failed job with Davis’ character as the leader — and in full-body armor.

“Our husbands aren’t coming back,” Davis explains in the trailer. “We’re on our own. They stole a lot of money and now people want it from us. Now, the best thing we have going for us is being who we are. Because no one thinks we have the balls to pull this off.”

“12 Years a Slave” director Steve McQueen directed from a script he co-wrote with “Gone Girl” writers Gillian Flynn. McQueen is also producing the project with See-Saw Films’ Iain Canning and Emile Sherman. New Regency, 20th Century Fox, and Film4 are co-financing the movie, which Fox will distribute. The film opens on Nov. 16.