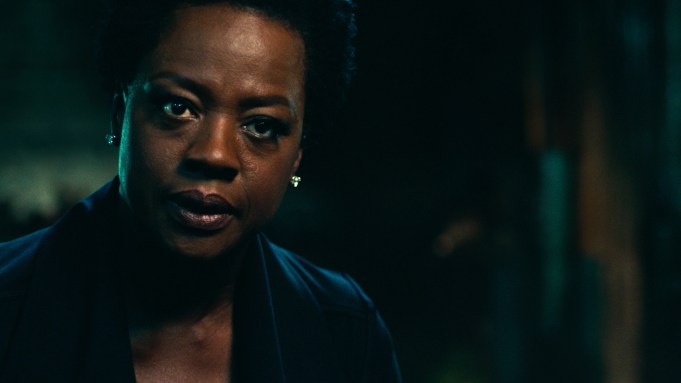 Viola Davis means business in a clip from her upcoming movie “Widows.”

Davis tells her team of female co-conspirators that they have three days to “look and move like a team of men.”

“All of our work is worth nothing if we don’t move this money and fast,” she says about the $5 million in plastic boxes.

“There’s not going to be some cozy reunion,” she says. “After this job, we’re done.”

The pic follows a group of widows whose husbands have left them in millions of dollars in debt from past crimes. The clip finds Davis’ character giving the other three widows a rundown of the heist she has convinced them to help her pull off.

“I have issues with stories of people who just get out of bed and start robbing banks,” she told Variety for this week’s cover story. “As an actor, I needed to know what would drive a seemingly together woman to do this, and it always starts with someone reaching bottom.”

Steve McQueen directs the crime drama from a screenplay he wrote with Gillian Flynn. Michelle Rodriguez, Cynthia Erivo, and Elizabeth Debicki co-star in the pic.

20th Century Fox will release the film on Nov. 16.