Viggo Mortensen, Chadwick Boseman on How ‘Black Panther’ and ‘Lord of the Rings’ Reflect Refugee Crisis 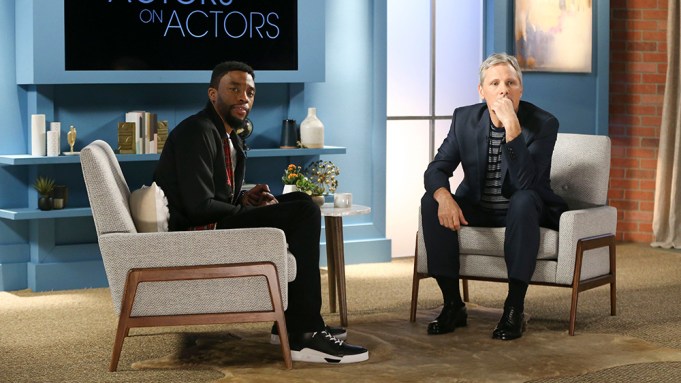 Despite the moment coming from a fantasy film, Viggo Mortensen says that moment reflected the reality in America and people’s “fear of what the country’s made of: immigrants.”

“He goes, ‘If we let refugees into Wakanda, they will bring their problems with them,'” the “Green Book” star says during Variety’s Actors on Actors series. “It almost sounded like the current president of the United States talking.”

Mortensen says he believes Donald Trump’s anti-immigration rhetoric is born out of “political things,” rather than sincerity. However, he acknowledges that there are many people throughout the world who do genuinely feel that way.

Similarly, Mortensen says “The Lord of the Rings” films, in which he starred as Aragorn, featured “different species, different races finding a way to coexist, which is what we have to do.”

Chadwick Boseman, who starred as T’Challa in “Black Panther,” says they were preparing to shoot the film right when the 2016 elections were happening. Most prognosticators expected Hillary Clinton to win, but after Trump was elected, Boseman says he and others fought to keep the final script and its themes about refugees and immigration in the movie.

“I’m just grateful that the studio stood behind the fact that this has to be here,” Boseman says. “[Ryan Coogler] fought for those things, because he realized that was important.”