‘Venom’ Reviews: What the Critics Are Saying 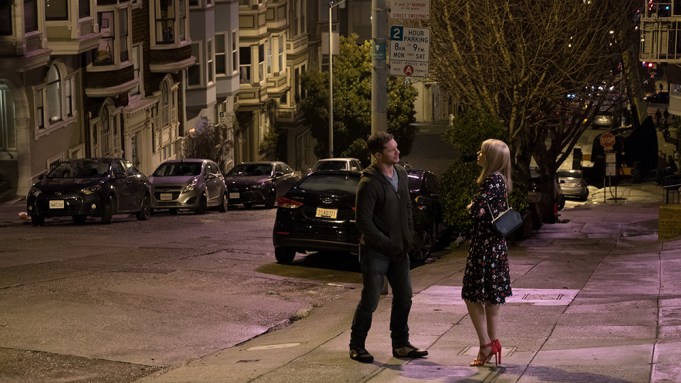 Early reviews are in for the latest big superhero movie, and it looks like the titular character isn’t the only venomous thing about it.

Currently sitting at a 32% on Rotten Tomatoes, “Venom” has released to mixed reactions, many of which have been highly critical of the film despite a strong performance from Tom Hardy. Although scenes involving Hardy’s banter with the alien symbiote Venom did garner some praise from reviewers, the character wasn’t enough to save the rest of the film from the boring monotony that sometimes afflicts superhero films.

Variety‘s Owen Gleiberman criticized the “impersonality” of director Ruben Fleischer (“Zombieland”), highlighting the pop-culture blend of the film’s titular character and strong visuals despite an overwhelmingly mediocre film. “‘Venom’ is a textbook case of a comic-book film that’s unexciting in its ho-hum competence, and even its visual-effects bravura,” he wrote in his review. “Make no mistake: The effects can be dazzling. The alien matter splattering itself around like random tentacled liquid, the way Venom cross-breeds Spider-Man’s skyscraper-hopping agility with the Hulk’s dynamo destructiveness — it’s all diverting eye candy. But to what end? This gateway into the Sony Universe of Marvel Characters (get ready: there are 90!) may not sputter as badly as Tom Cruise’s ‘The Mummy,’ but it could turn out to be a similar case of a franchise kickoff that doesn’t fully attain franchise liftoff.”

“Venom” hits theaters Oct. 5, but until then, take a look at what critics are saying below:

“By the end, the character, in his Vader-with-attitude way, growls out a few vaguely amusing pissed-off things. (You realize that he’s a new breed of snark beast around the time he drops a certain word starting with “p.”) But it’s telling that the TV commercials for ‘Venom’ all feature this creature fully formed. Because it’s so long into the movie before Venom comes completely alive as a character that the commercials amount to a kind of spoiler. And it’s not hard to see why they’re designed that way. Venom could have been a fun creation, but the film spends too long watching him…originate. The movie ‘Venom’ actually wants to be is the sequel.”

“It’s disappointing to see Sony’s nascent, fumbling attempt at a Spider-Man without Spider-Man universe stumble through so much superhero-move detritus: perfunctory side characters (especially the women); the ultimate villain that’s essentially a supersized version of the hero; the fact that Venom becomes a de facto hero almost immediately; and, of course, a dopey mid-credits teaser presuming automatic interest in other characters who have interacted with Venom in the comics. The filmmakers seem faintly aware that not all comic book characters are superheroes, but unsure of what else Venom could actually be. In other words: It’s Venom! What else do you rubes want?”

“‘Venom’ never fully embraces or maximizes the exuberant nastiness of its premise. This is one instance in which a story that should have been unsparingly dark feels hobbled, even sanitized, by its PG-13 rating, and also by the usual Hollywood franchise imperatives. In time, of course, Eddie and Venom will eventually become a functional buddy-comedy duo, with Eddie partaking of Venom’s extraordinary abilities while bringing those pesky deadly impulses under submission.”

“Now, I do want to make it clear that I think ‘Venom’ is not a good movie, but I also want to make it clear that I had the time of my life watching it. I think in a couple of years ‘Venom’ could be the type of movie that sells out midnight showings as people come up to the screen and act out their favorite parts – like a ‘Rocky Horror Picture Show’ type of thing. My point is, if you’re in the right group and right frame of mind, ‘Venom’ is really fun to watch.”

“Superhero fatigue got you down? Tired of the same old bland Marvel Cinematic Universe offerings? A dose of ‘Venom’ could be just the right antidote. This dark, wacky MCU-associated outing combines one of the most interesting contemporary leading men with a daring director who has a hit-or-miss track record. Throw an outlandish alien organism into the mix, shake well with a healthy serving of irreverent humor and you’ve got ‘Venom.’ It’s a mess, but wow, is it ever a fun, fascinating mess. Those are always so much more thrilling than any of the formulaic superhero movies that parade through multiplexes all year.”

“The first act of ‘Venom’ suggests we’re in for one of the worst films of 2018. Not in a fun way, mind you, but in that dull, dispiriting way where the lack of effort starts to feel like disrespect. Then Venom gets his man and a movie that initially seemed just-plain-bad becomes so-bad-it’s-good. Or maybe it’s just plain good. It’s been a full day since I’ve seen it, and honestly, I’m still not sure. Either way, I laughed a lot.”

“‘Venom’ isn’t quite bad, but it’s not exactly good either. It’s noncommittally mediocre and, as a result, forgettable. It just sort of sits there, beating you numb, unsure of whether it wants to be a comic-book movie or put the whole idea of comic-book movies in its crosshairs. It never rises above bombastic and busy — which is something I never thought I’d say about a movie starring three aces like Hardy, Ahmed, and Williams. Visually, which is the only thing really going for it, ‘Venom’ has a stylishly gloomy Nolan-does-Gotham vibe. But Venom, the character, never comes into focus until the last five minutes, when it finally, at long last, starts to get interesting. Until then, he’s just another bit of secondary Marvel IP who scowls and growls, and never shows us why he should be headlining his own movie.”

“Marvel has established such a consistent formula in its cinematic universe that this radically different approach will surely be jarring to some, but the fact that this movie could never exist in the same world as ‘Captain America: Civil War’ despite hailing from the same brand of comics is part of its charm. ‘Venom’ is very much its own entity — one in which, for better or worse, a parasitic alien calls its host a pussy for deciding to take the elevator instead of jumping off a skyscraper and Tom Hardy jumps into a lobster tank in the middle of a crowded restaurant. This leaves the viewer with two choices: reject the parasite or let it take you over. Fight it off and you’ll have a bad time; become one with it and you may achieve a kind of symbiosis.”

“Venom, a slick-skinned alien ‘symbiote’ who first plagued Marvel’s Peter Parker back in a 1984 issue, has a Wikipedia entry roughly 8,400 words long. That’s not to say that the villain deserves his own film — even a silly one like ‘Venom’ — or to be played by the jittery but sometimes inspired Tom Hardy of ‘Mad Max: Fury Road’ and ‘The Revenant’. (A similar idea already came to the movies anyway, with 1987’s inventive body-swapper ‘The Hidden.’) It only suggests that a lot of people take even the marginalia of comics seriously, so seriously that they might not know when they’re getting shortchanged.”

“Can Tom Hardy play comedy – intentionally? The question remains worryingly unanswered in this clumsy, monolithic and fantastically boring superhero movie-slash-entertainment-franchise-iteration. The supposedly massive final showdown is so anticlimactic and pointless that it was only when it was followed by Hardy ruminatively sipping coffee on a stoop and chatting that I realised… that was it. That was the big finish. Hardy himself has said that the film’s best 30-40 minutes have been cut. At least that makes this shorter than it would otherwise be.”

“In the first scene of Marvel’s utterly unmarvelous ‘Venom,’ an alien space ship crashes and burns on earth leaving behind a slithering mass of defanged, digitalized slop. That’s also a fair description of this puddle of simplistic, sanitized PG-13 drivel that Marvel has released instead of the scary, dark-night-of-the-soul thunderbolt fans had the right to expect. Tom Hardy and a massively overqualified cast, including Michelle Williams and Riz Ahmed, have been reduced to putting on a clown-show for kiddies in a shameless corporate product where the creativity stopped with the balance sheet. This year gave us the best and most imaginative Marvel film in ‘Black Panther.’ Now we have the worst.”