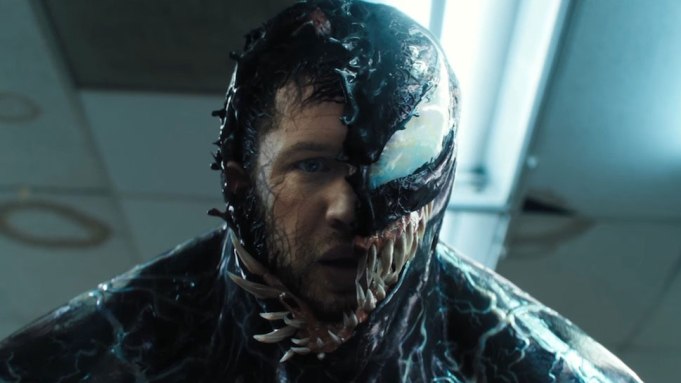 The superhero saga has become the top October launch internationally. The studio said that “Venom” had come in above recent stand-alone superhero titles, topping “Wonder Woman” by 38%, “Ant-Man And The Wasp” by 32% and “Logan” by 29% for the same group of markets at current exchange rates.

“Venom” drew $10.5 million in the U.K. against the openings of “Johnny English Strikes Again” and “A Star Is Born.” In Mexico, the superhero story posted the best Sony opening ever with $10.2 million. Australia followed with $6.8 million, 64% above “Ant-Man And The Wasp.”

Steven O’Dell, Sony’s international distribution chief, told Variety that the strong performance internationally shows that there’s a significant worldwide fan base for the character. Asked whether there will be another “Venom” movie coming, O’Dell did not offer specifics but said, “Audiences would want more.”

Hong Kong action film “Project Gutenberg,” starring Chow Yun-fat and Aaron Kwok,” led the rest of the pack on the international front with $38 million from six markets, lifting the overall take to $98.4 million. Felix Chong directed from his own script.

Universal’s spy spoof “Johnny English Strikes Again” finished fifth on the international chart with $14.1 million in 49 markets to lift its worldwide total to $66.5 million. It finished second in the U.K. to “Venom,” opening with $5.5 million. The third “Johnny English” arrives on Oct. 26 in the U.S.

Warner Bros.’ international launch of Lady Gaga’s “A Star Is Born” took in $14 million from 32 international markets. The U.K. saw the top number with $5.3 million, followed by $2.1 million in France and $1.9 million in Germany.