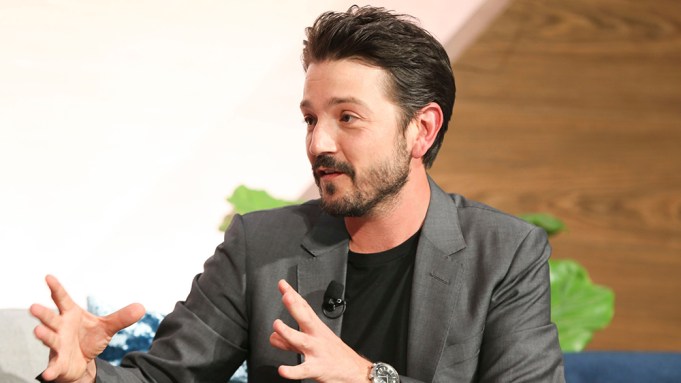 Innovators from across film, television, and digital media gathered at Variety‘s Inclusion Summit Thursday to discuss the state of diversity and representation within the entertainment industry.

Among the event’s keynote conversations and moderated panels were discussions with Entertainment Studios CEO Byron Allen, Oscar-winning “Moonlight” director Barry Jenkins, and actress Eva Longoria Baston, who shared her experience as a female filmmaker and the struggles that come with it. Other topics included the entertainment industry’s disability community, the benefits of unscripted series, and the future of inclusive storytelling.

Here are some of Variety‘s biggest takeaways from the day’s discussions.

As a mother navigating the film industry, cinematographer Rachel Morrison (“Mudbound,” “Black Panther”) said she’s trying to support other new mothers in her field, including one female DP who discovered a way to pump breastmilk while filming with a handheld camera. Other topics of the panel included director Ryan Coogler’s support of Morrison’s jump from independent films to studio work as well as Morrison’s stance on scripts that involve rape tropes: she doesn’t read them. “The more we put that out there, even if it’s cause and effect, it’s legitimizing it in some way,” she said.

Rachel Morrison thanks Ryan Coogler for going to bat for her by hiring her for #BlackPanther https://t.co/htPyTXd15X #InclusionSummit pic.twitter.com/pJqz4D0uvd

2) Eva Longoria Baston had to fight to get a female DP for her upcoming ABC series “Grand Hotel.”

While getting her crew together for “Grand Hotel,” Longoria Baston said she was pushed to hire a male DP despite her best efforts to hire a more diverse crew. Luckily, Longoria Baston said she dug her heels into the ground and was able to hire a female DP in addition to a female stunt coordinator, two female assistant directors, and a largely female camera crew. “If it wasn’t for me saying ‘no’ and not doing the status quo, it doesn’t happen,” she added. “It can’t just be our job; it has to be everybody’s job.”

3) There’s a lack of adaptations from famous African-American authors.

“Moonlight” director Barry Jenkins said one of the reasons he was interested in speaking at the Inclusion Summit was the lack of representation in film for African-American and female authors. He pointed to authors like Toni Morrison and Richard Wright, whose works have only been adopted once, which prompted him to take on James Baldwin’s “If Beale Street Could Talk” for his next project. Of the film, Jenkins said he had to work hard to gain the rights to the novel, which involved getting to know Baldwin’s estate, run largely by his sisters and extended family. “In order to be entreated into Mr. Baldwin’s legacy, I had to become family,” he said.

4) Diego Luna joined Season 4 of “Narcos” because he wanted to help educate people on the real story behind the U.S.’ relationship with the Mexican drug trade.

According to actor Diego Luna, the Mexican drug trade shouldn’t just be a Mexican issue; it’s a global one. After joining the most recent season of Netflix’s hit show “Narcos,” Luna said he’s trying get the word out about what’s actually happening in Mexico by highlighting the origins of the drug trade through the show’s narrative. Through his works, he hopes that the next time someone looks at a line of cocaine, they’ll think about the violence and pain behind it.

Diego Luna on why he said "yes" to #Narcos season 4: "It's really important for us in Mexico to get the word out on what's happening" #InclusionSummit pic.twitter.com/zcU6J7hvlF

5) There’s a plethora of female directors for studios to choose from.

Karey Burke, Freeform exec VP who gave a keynote address with Freeform president Tom Ascheim, said 60% of the directors on Freeform series are women. Burke and Ascheim made a conscious decision to bring more female helmers into the mix in order to broaden the industry’s talent pool. They’ve had no shortage of qualified candidates to choose from, including those that have gone through Disney’s extensive director training programs. “Sometimes you just have to give people a shot,” Burke said.

.@FreeformTV EVP of Programming & Development Karey Burke: "The more diverse voices we have creating television and film, the more diverse representation we will have in the outcome." #sponsored #InclusionSummit https://t.co/CPkBRKKVOL pic.twitter.com/CEyO4jgf9X

Coming off of the success of the hit comedy film “Girls Trip,” Malcolm D. Lee said there’s still a lot of work that needs to be done in terms of representation and diversity in film. For “Girls Trip,” Lee said he went out of his way to hire black department heads so that people below them could see people of color in positions of power. However, he said other positions like sound design still lack diversity because a lot of African-American people don’t even think about pursuing careers in those fields. His solution? More exposure to the film industry through internships and other methods of inclusion.

#GirlsTrip director Malcolm D. Lee hired black department heads because "it was important for people who were below them to see people of color in positions of power, as well as the white folks to see that these are very capable individuals" #InclusionSummit pic.twitter.com/ZMFnKWOAST