What the Variety Staff Is Thankful for in Entertainment in 2018

When it comes to Hollywood, there is a lot to give thanks for in 2018. From a stacked Oscar race to exciting trends in film and TV, here’s what the Variety staff is thankful for this year.

I’m thankful that the limited series format has allowed so many top actresses to stretch their gifts, and show us so much in the process. This year’s haul of gifts included Amy Adams’ prolonged breakdown in “Sharp Objects,” Emma Stone’s journey through her character’s mind in “Maniac,” and Patricia Arquette’s deferred search for love in “Escape at Dannemora” — and I’d even include supporting star Penelope Cruz, exposing guilt and unspeakable silences in “American Crime Story.” TV bringing in elite talent to illuminate every corner of the psyche has made for a terrific year onscreen. — Daniel D’Addario, chief TV critic

I’m thankful for Dolly Parton every minute of every day. But I’m super grateful for “Dumplin’,” the upcoming Netflix movie that centers around a young woman who is as obsessed with Dolly as I am. It’s practically a sing-along movie for me.” — Marc Malkin, senior events and lifestyle editor

I’m thankful to live at a time when I’m able to have the complete libraries of “Taxi” and “Cheers” at my fingertips 24/7. Sometimes, you just gotta escape. — Cynthia Littleton, business editor 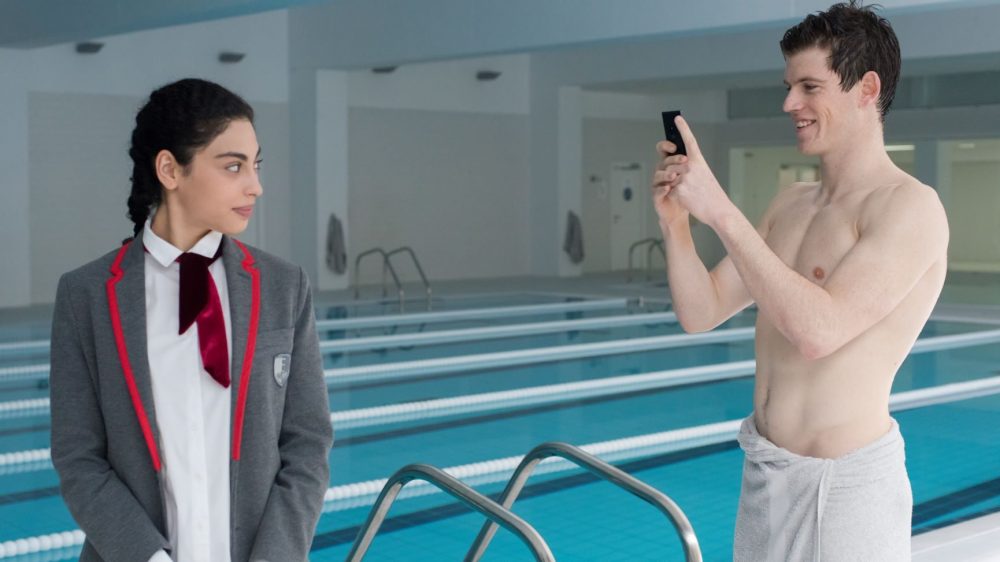 I’m thankful for the one person in the room who believed in Lady Gaga. — Meg Zukin, social media editor

I’m thankful for Elaine May on Broadway in “The Waverly Gallery.” A living legend reminding us that nobody does it better. Elaine May deserves a Humanitas Prize and an Oscar and a Peabody and every other award and also our undying gratitude for decades of humor. And she should be the next James Bond. — Brent Lang, executive editor, film & media

While reboots, sequels, and Avengers dominate the box office, horror has remained a genre with consistently engrossing original ideas. Following last year’s masterpiece “Get Out,” “A Quiet Place” and “Hereditary” continued the streak with two terrifying — and wholly original — ideas. And while it’s not technically a horror movie, I’d throw thriller “Searching” into this illustrious group, too. — Alex Stedman, news editor

“Schitt’s Creek” is the perfect escape from your own s—-y life. The Rose family shenanigans leave me in stitches — and thankful for my own, less dysfunctional kin. — Maane Khatchatourian, news editor

I’m not only thankful for Asian excellence this year, but also representation within AAPI communities. East Asians killed it, with “Crazy Rich Asians” and “Searching,” while South Asians like Hasan Minhaj and Tan France brought the laughs and biting commentary in their respective Netflix shows. Seeing Minhaj and France’s bromance blossom makes me hopeful that a buddy cop comedy is in the works called “Minority Report: Naanstop” (call me, guys. We’ll workshop the title). — Rachel Yang, editorial intern

As a parent, I’m thankful for how much better Netflix’s kids originals have gotten over the past year or two. When Netflix first started to produce kids originals based on popular movie characters, the results were frequently cringe-worthy. But with shows like “A Series of Unfortunate Events,” “The Magic School Bus Rides Again,” and my personal favorite “Hilda,” as well as kids movies like “Next Gen,” the service has proven that it can create great content for the whole family. — Janko Roettgers, senior Silicon Valley correspondent

I’m thankful Henry Cavill made the sacrifice for “Justice League” so he could have that glorious mustache in “Mission: Impossible — Fallout.” — Nicholas Stango, video producer 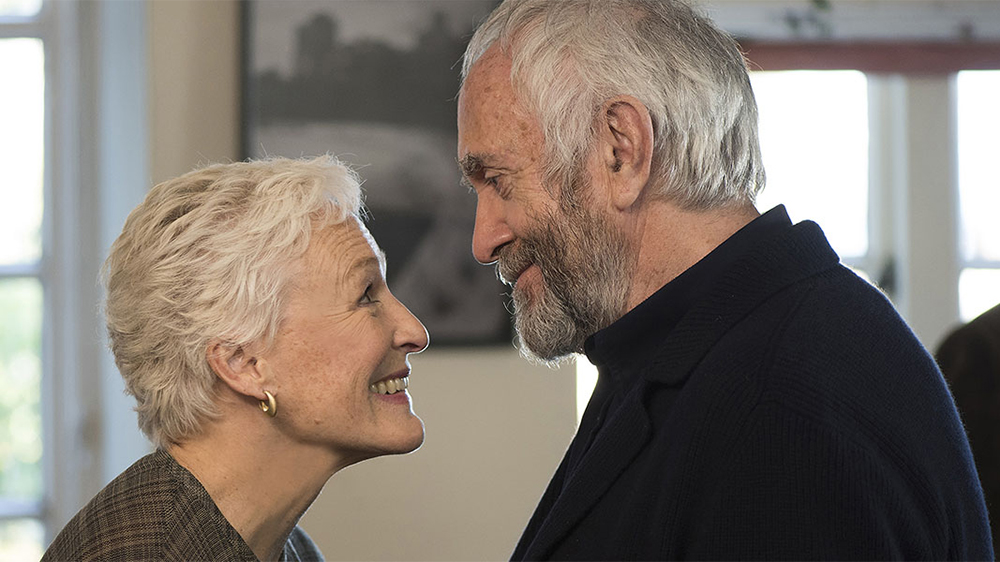 The best actress Oscar race is an embarrassment of riches when you have so many amazing women to choose from this year, from Lady Gaga’s stunning lead debut in “A Star Is Born” to Olivia Colman’s wicked turn as Queen Anne in “The Favourite” to the legendary Glenn Close in “The Wife.” Throw in Melissa McCarthy’s fearless turn in “Can You Ever Forgive Me?,” Emily Blunt channeling perfection in “Mary Poppins Returns,” and Viola Davis commanding the screen in “Widows” and you’ll realize there’s still of plethora of remarkable performances from the likes of Toni Collette, Kathryn Hahn, Rosamund Pike, Julia Roberts, Carey Mulligan, Nicole Kidman, Felicity Jones, and Saoirse Ronan, and newcomers Yalitza Aparicio, Elsie Fisher, and Kiki Layne. — Jenelle Riley, deputy awards and features editor

I’m thankful for not one, but two films this year about national treasure Ruth Bader Ginsburg. — Rebecca Rubin, news editor

I’m thankful to Barry Jenkins for not changing. Few in American cinema paint interior worlds with shadow and light the way he does. But after Oscar-winning success, the road opens up and a voice is tested. Does it deepen? Does it change? Does it stall? With “If Beale Street Could Talk,” a companion piece to the acclaimed “Moonlight,” Barry’s voice crystalized. He has come into his own as a definitive generational storyteller. — Kristopher Tapley, awards editor

I’m thankful that — at age 67 — I’m still getting occasionally dazzled at the multiplex as I was when I saw “A Simple Favor,” with wonderful performances by Anna Kendrick and Blake Lively. My old friend Paul Feig, who I’ve known since he was doing stand-up comedy in the mid 1980s, has made the most clever film I’ve seen in years, blending dark comedy and noir crime. I love the scene where Kendrick has to use a scissors to cut herself out of a gown. It was as if Alfred Hitchcock had returned and decided to make a follow-up to “Family Plot.” — Dave McNary, film reporter

“Every time a publicist tells me they have an exclusive … that will be shared between me and three other outlets.” — Justin Kroll, film reporter 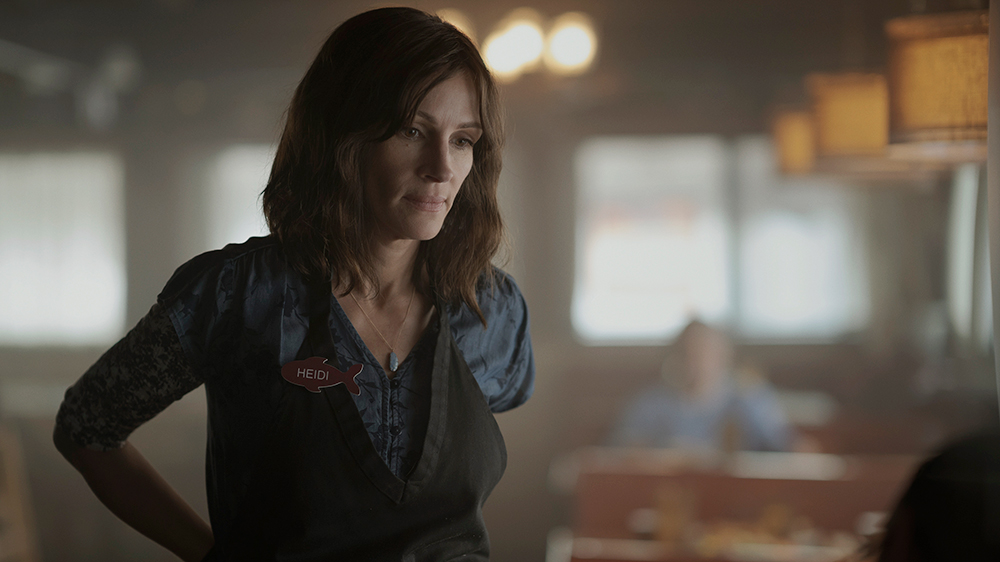 I’m thankful for quality half-hour shows on TV right now. Thirty minutes isn’t just a marker of a comedy series anymore and why should it be? Telling a succinct story, but leaving the audience wanting more is a skill that crosses genres — and is one that thankfully more writers are honing these days. Dramas including Amazon’s “Homecoming” and Facebook Watch’s “Sorry for Your Loss,” as well as limited series such as Netflix’s “Maniac,” played around with episode length this year and, not forced into a traditional format, created some of the most compelling stories of the television season while also respecting their viewers’ time. — Danielle Turchiano, features editor, TV

I’m grateful for 1. The Goop holiday gift guide, 2. “A Star Is Born’s” original soundtrack, 3. Every costume Beyonce wore on the “On the Run II” tour, and 4. Hiatus beards (looking at you, Jon Hamm). — Matt Donnelly, senior film writer

Grateful for “Queer Eye” — they are changing minds, or at least opening eyes, and doing so with kindness, patience, wit, and most of all, style. — Carole Horst, managing editor, features

I’m thankful for the awesomeness of those who shoot for the stratosphere when they make movies. It’s their daring, perseverance, and willingness to dream big that keeps this miraculous art form alive. — Owen Gleiberman, chief film critic

I’m thankful for all of those in Hollywood — men and women — who are working toward equality for women across all industries. Witnessing so many powerful women supporting other women will hopefully inspire others to do the same because there is truly no room for female competitiveness when we are fighting hard to ensure fair treatment and equal pay, in comparison to men in the workplace. It’s hard to imagine that the sea of black gowns at the Golden Globes was only at the beginning of this year because the progress ever since has been immense. We still have a long, long, long way to go, but with the entertainment industry using its enormous platform and resources to promote change, I am more confident than ever that my generation of women will have a stronger future. — Elizabeth Wagmeister, senior correspondent