Watch the Terrifying First Trailer for Jordan Peele’s ‘Us’ 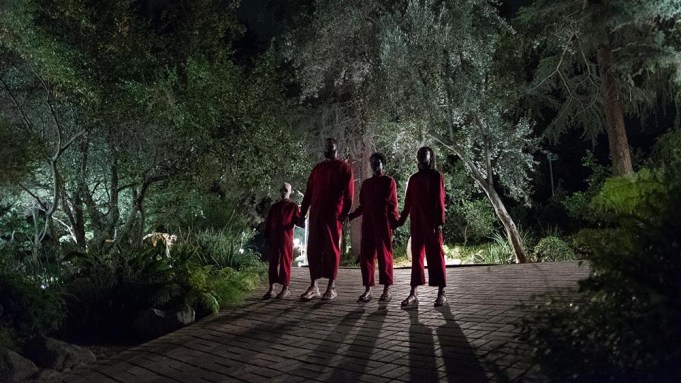 If you didn’t get what you wanted for Christmas, here’s your second chance: the first trailer for “Us,” Jordan Peele’s highly anticipated horror film, has dropped.

Following the widespread acclaim of Peele’s 2017 film “Get Out,” Peele told EW that he wanted to create a “monster mythology.” He previously tweeted a teaser image for “Us,” featuring a pair of hands in leather gloves, clutching gold scissors. He captioned it: “Watch yourself.”

Set in the present day, “Us” centers on Adelaide and Gabe Wilson (Lupita Nyong’o and Winston Duke) as they take their kids to Adelaide’s childhood home in Northern California for the summer. They unwind with their friends (Elisabeth Moss and Tim Heidecker), but Adelaide, still haunted by a past trauma, becomes paranoid that something is about to hurt her family.

The film is the first project under Peele’s first-look deal with Universal Pictures, which he signed with his Monkeypaw Productions in 2017. “Get Out” opened No. 1 at the domestic box office last year and garnered $255.5 million worldwide. It scored an Oscar best picture nomination, and Peele took home a statue for original screenplay.