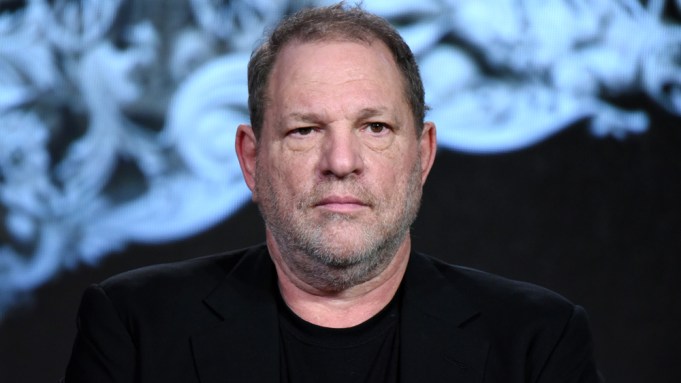 As disgraced mogul Harvey Weinstein is expected to surrender to authorities on Friday, reactions from Hollywood have already started trickling in via social media.

Rose McGowan, who alleged last fall on Twitter that Weinstein raped her, posted on Instagram that “today we are one step closer to justice.”

Ava DuVernay also posted that “Karma NEVER loses an address.” The filmmaker, in addition to serving as a jury member in Cannes, participated in the 82-woman strong march at the festival alongside jury head Cate Blanchett, Kristen Stewart, Marion Cotillard, Léa Seydoux, and Salma Hayek.

A friend just texted me with this: “Karma NEVER loses an address.” https://t.co/BOHun3cOn8

Asia Argento flew back to Cannes and stood with DuVernay at the awards ceremony, delivering a powerful address in which she stated: “In 1997, I was raped by Harvey Weinstein here at Cannes. I was 21 years old. This festival was his hunting ground.” In light of Weinstein’s imminent arrest, Argento posted: “BOOM.”

It's been a long time coming and today my fellow victims and I rejoice and pray no one ever underestimates the power of women when we stand together + scream the truth #WeSpoke #MeToo #TimesUp #LockHimUp https://t.co/eECuU2YEX1

We seek justice for women and all people who have been harassed and abused in the workplace. No person should be violated at work, or anywhere else. Ever. #TimesUp #MeToo https://t.co/fTgP4gYk0H

“One phone call and you’re done.”

“I have eyes and ears everywhere.”

“I’m Harvey Weinstein, you know what I can do.”