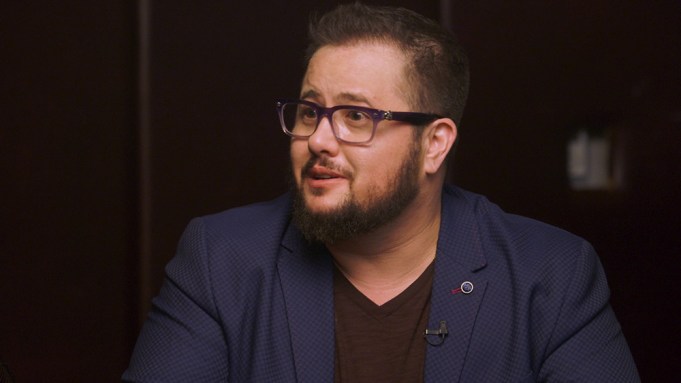 During a roundtable session with Variety’s New York bureau chief Ramin Setoodeh, Jen Richards, Brian Michael, Laverne Cox, Chaz Bono, Trace Lysette, and Alexandra Billings considered how long it will take until a trans person is nominated for an Oscar.

Cox, who starred as Sophia Burset on “Orange Is the New Black,” was quick to praise trans actress Daniela Vega for her performance in “A Fantastic Woman,” the 2018 Oscar-winner for best foreign-language film. She insists that in order to see a trans person win an Academy Award, the parts must first exist for trans actors to play.

“As Viola Davis reminded us, you cannot be nominated for roles that don’t exist. So, we must first be cast. And let’s just shout out Daniela Vega, who was brilliant in ‘A Fantastic Woman,'” she said. “But we need the part to be written and then that’s a start.”

Richards, co-star, co-producer, and co-director of “Her Story,” offered, “I want to write the part!”

Michael, who plays a transgender character on “Queen Sugar,” added that financing is also integral to providing parts for trans actors to play. “Like do you really know whether or not the tickets will sell with this trans actor playing this character? Or is that just what you think?”

Bono, who most recently starred on “American Horror Story: Cult,” thinks a trans actor will receive an Emmy sooner than an Oscar, since “Hollywood doesn’t make movies anymore,” he said.

But Richards has hope that eventually a trans person will hold an Academy Award one day.

“We’ve had to fight so hard so that the people behind us won’t have to fight as hard and they can focus on their craft,” she said. “And that’ll be a thrill to me to see someone who came from behind me to achieve those heights.”