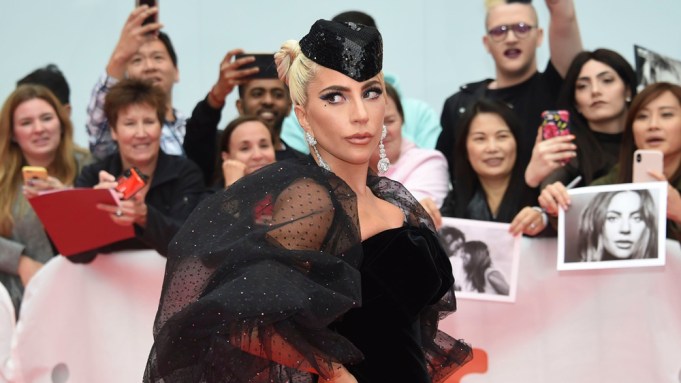 Lady Gaga and Bradley Cooper got a standing ovation, Alfonso Cuaron brought audiences to tears, and Michael Moore revved up the crowds at the Toronto International Film Festival with a broadside against Donald Trump. It was, by any measure, a week and a half of high drama. Cooper’s “A Star Is Born” and Cuaron’s “Roma” solidified their positions as Oscar frontrunners, and Moore’s “Fahrenheit 11/9” made it clear it wouldn’t be getting a White House screening, at least not during this administration.

But Toronto is more than just a film festival. Hollywood studios cross the border hoping to find films to buy. In that regard, it wasn’t much of a market. The festival is nearly over, but dozens of films still need to find distributors. Moreover, the all-night bidding wars that once injected energy into the easy-going Canadian gathering never really materialized.

“It was a lot slower than last year,” said Paul Davidson, The Orchard’s exec VP of film and TV. “We went in looking for narrative films with casts that we thought could be appealing to broad audiences. There weren’t many of those.”

If reports are to be believed and agents aren’t engaging in some creative price-tag inflation, then the biggest sale of the festival was likely the $6 million that Focus Features shelled out for rights to “Greta,” a “Single White Female”-style thriller with Chloe Grace Moretz and Isabelle Huppert. That’s a far cry from the days when Paramount ponied up $12.5 million for “Top Five” and STX wrote a check for $10 million for the rights to “Hardcore Henry.” Perhaps that’s a reflection of the quality of the films for sale, or perhaps it’s because buyers remember that both of those movies were costly flops.

“I didn’t see any films that warranted a $5 million or $10 million price,” said Tom Bernard, co-head of Sony Pictures Classics.

The Toronto veteran also observed a lot of empty seats at key screenings, a sign that studios aren’t being as aggressive on the acquisition front. “It didn’t seem as crowded, and I didn’t see as many buyers running around,” Bernard said.

There are several reasons that prices remained earthbound. Many of the festival’s buzziest films, a group that includes the gay conversion drama “Boy Erased” and the Julianne Moore romantic drama “Gloria Bell,” hit Toronto having already locked up distribution deals.

Another gravitational pull on pricing can be chalked up to Netflix and Amazon’s sudden thriftiness. The streaming companies are accustomed to spending big at the negotiating table, but this year they left their checkbooks at home. Amazon didn’t buy any films and Netflix’s major deal was for rights to the Nigerian comedy “Lionheart,” a smaller movie with mostly arthouse appeal. Apple, another tech giant, did enter the fray, picking the global distribution rights to the animal documentary feature “The Elephant Queen.” However, most industry observers remain puzzled by Apple’s tentative forays into the movie business. For now, the company seems more interested in the small screen, signing TV deals with the likes of Steven Spielberg and Reese Witherspoon.

With Netflix and Amazon sitting on the sidelines, Neon, an upstart distributor, emerged as the most active buyer. The indie label is trying to carve out a niche for itself by backing edgier, more auteur fare. It left Toronto with three films that could factor into the Oscar race — “Vox Lux,” a drama about a pop diva that drew raves for Natalie Portman’s performance; “Wild Rose,” the story of a Scottish ex-con with country music dreams; and the documentary “The Biggest Little Farm.” In many cases, Neon’s commitment to giving these films the full theatrical treatment proved to be a difference maker.

Andrew Lauren, the producer and co-financier of “Vox Lux,” said he wasn’t as interested in seeing the film, which deals with controversial topics such as school shootings and terrorism, go straight to on-demand or streaming platforms.

“This is an important film and it needs to be seen with an audience,” he said. “It’s divisive, it’s polarizing, it’s entertaining, and it needs to be debated. Those are all of the elements that makes it perfect for a theatrical release.

Toronto doesn’t just have to contend with a glacial market. Some of the festival’s luster has faded as it faces increased competition from Telluride and Venice, both of which nabbed key world premieres. That meant that major titles such as “A Star Is Born,” “Roma,” and “First Man” had already screened for critics before Toronto even began, robbing the festival of its sense of discovery.

But it’s more than that. Star-studded red carpets still attracted throngs of fans, angling their heads for the chance to see the likes of Gaga, Julia Roberts, Ryan Gosling, and Viola Davis navigating the klieg lights. However, there is a nagging sense that film as a medium is under threat. More people are opting to watch television or spend the money they once used to buy tickets on subscription streaming services. They’re not as enraptured by the magic of the big-screen experience, with its plush seats, bags of popcorn, and elaborate sound system, and are happy enough watching the “Romas” of the world on their phones or iPads.

Even TIFF is in transition. The festival’s longtime head, Piers Handling, is stepping down after more than three decades at the helm. He’ll be replaced by a pair of co-heads, Cameron Bailey and Joana Vicente, with Bailey focusing on the artistic end of things and Vicente overseeing the business operations. On the eve of the festival, Handling acknowledged that film is fading in prominence, but he was optimistic that it would continue to exist in some form.

“The primacy of the movie image won’t go away,” Handling said. “There’s a blurring of the lines as major filmmakers move into television and explore technologies. Whether or not artists will continue to make two-hour films that will be shown on the big screen, I can’t say.”

Handling added that change shouldn’t be feared. It’s been a part of this medium since its inception.