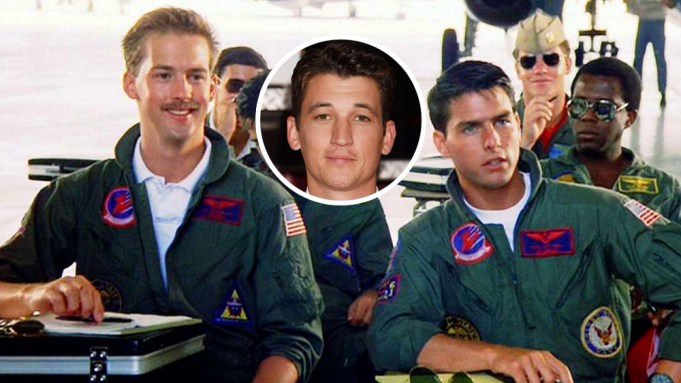 Tom Cruise has found his co-pilot.

Sources tell Variety that “Only the Brave” star Miles Teller has been tapped to play the son of Goose and Maverick’s new protege in Paramount and Skydance’s “Top Gun: Maverick,” the sequel to the 1986 Cruise classic. In the original pic, Goose, played by Anthony Edwards, was the co-pilot to Cruise’s Maverick.

Last week, it was reported that Cruise tested with Teller, Glen Powell and Nicholas Hoult for the role.

This latest project will be set in a world of drone technology and fifth generation fighters, and will explore the end of the era of dogfighting. Val Kilmer will reprise his role as Tom “Iceman” Kazansky in the sequel, which is set to release on July 12, 2019.

Teller, who received a BAFTA nomination for Damien Chazelle’s “Whiplash,” is also known for his roles in “Project X,” “That Awkward Moment,” and “War Dogs.” He most recently starred in the dramas “Thank You For Your Service” and “Only The Brave.” Teller just finished shooting the Amazon series “Too Old to Die Young” with “Drive” helmer Nic Refn directing.

Teller is repped by CAA.