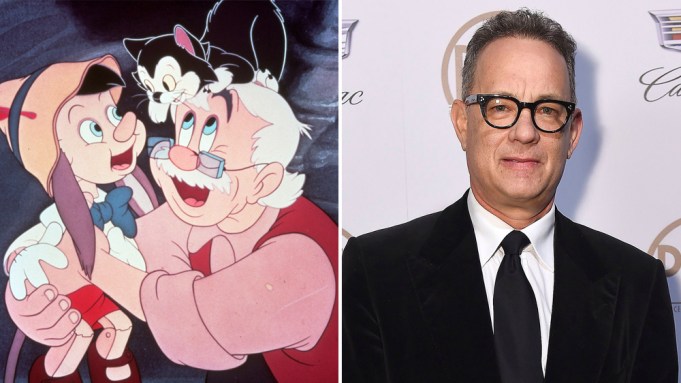 Tom Hanks is in early talks to play the fatherly figure Geppetto in Disney’s live-action adaptation of its classic animated tale “Pinocchio.”

The original animated movie tells the tale about a living puppet who, with the help of a cricket as his conscience, must prove himself worthy to become a real boy. Geppetto is the puppeteer who created Pinocchio and eventually becomes the fatherly figure he always wanted.

The casting would push forward yet another live-action reboot of a Disney classic. The studio’s feature film strategy has been working at the box office, as its live-action “Beauty and the Beast” made $1.2 billion worldwide in 2017 and “The Jungle Book” grossed $966.5 million worldwide in 2016. Next year, Disney plans on releasing three live-action takes: “Dumbo,” which bows in March; “Aladdin,” which opens in May; and “The Lion King,” which opens in June.

Hanks has a busy 2019 ahead of him, starting with the World War II pic “Greyhound” followed by his return to the “Toy Story” world, reprising the voice of Woody in the fourth installment. He is currently filming the untitled Mr. Rogers movie for TriStar, in which he plays the iconic TV personality.