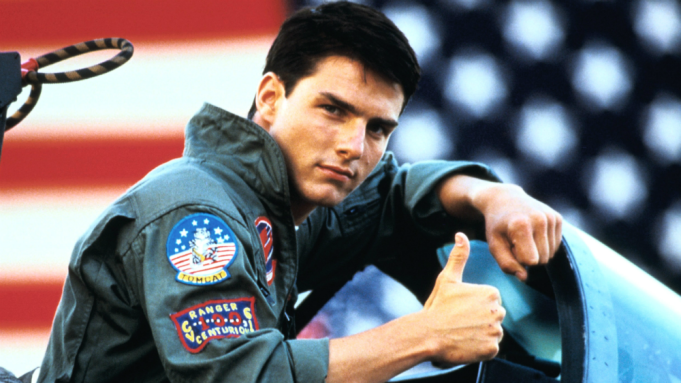 The teaser image for “Top Gun: Maverick,” which Cruise also posted on his Instagram page, featured the legend “Feel the need,” a reference to the original film’s legendary quote, “I feel the need – the need for speed,” accompanied by the hashtag #Day1.

Sources confirmed to Variety on Thursday that the sequel had started filming in the U.S.

Although the plot is being kept under wraps, it’s been previously reported that Cruise’s character would now be a flight instructor and that the film would explore a world of drone technology, fifth-generation fighters and the end of the era of dog-fighting. Joseph Kosinski, who is directing the sequel, told ComingSoon.net in October that his approach would be “appropriate for the times we live in.”

“The navy is very different now than it was in 1986,” said Kosinski, who previously worked with Cruise on 2013 sci-fi pic “Oblivion.” “It’s just a different world now, so you can’t remake the first movie. It has to adapt, [but] I certainly want to re-create the experience of that movie, which gives you a front seat into the world of naval aviation and what it’s like to be in a fighter jet.”

Eric Warren Singer, who wrote Kosinski’s 2017 “Only the Brave,” worked on the screenplay alongside Peter Craig (“The Hunger Games: Mockingjay”) and Justin Marks (“The Jungle Book”).

No other casting has yet been announced. The original film co-starred Kelly McGillis, Val Kilmer, Tom Skerritt, Anthony Edwards (whose character did not survive) and Meg Ryan.

“Top Gun” grossed $179.8 million domestic and nearly $357 million worldwide on its release in the summer of 1986. It was directed by Tony Scott, who had been working on the sequel with Cruise prior to Scott’s death by suicide in 2012. The original film was produced by Bruckheimer and Don Simpson, who died in 1996.

In 2015, the United States Library of Congress selected “Top Gun” for preservation in the National Film Registry as one of the 25 films named annually that are “culturally, historically or aesthetically” significant.