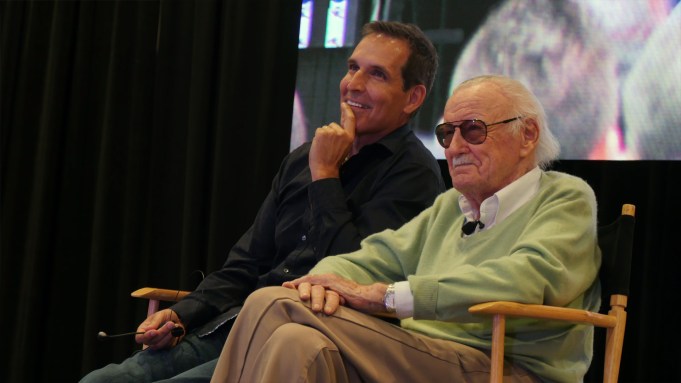 Todd McFarlane first met Stan Lee at a comicbook convention. All of 16 years old, the teenage McFarlane was several decades removed from creating Spawn and Venom. In contrast, Lee was already a legend, having ushered in Marvel’s golden age by cooking up Spider-Man, Iron Man, and other iconic superheroes. But despite the vast gap in resumes, Lee allowed McFarlane to spend the entire day sitting by his side.

Years later the two would become friends and fellow titans of fandom. Lee would always insist he didn’t remember that early interaction. But McFarlane never forgot their first meeting.

“I get that he created all these characters, but Stan’s true superpower was the way he interacted with his fans,” McFarlane told Variety, shortly after news broke that Lee had died Monday at the age of 95. “He got that in 30 seconds a celebrity can make a big impact on someone. It can be positive or negative, but it will be lasting. He understood that responsibility and he never treated being famous as a nuisance. He got a kick out of it.”

Tributes to Lee are still rolling in from across the entertainment industry. The co-creator of Spider-Man, the Fantastic Four, the Avengers, and the X-Men is being hailed as a visionary artist whose work continues to reverberate thanks to the mega-grossing Marvel movies and hugely popular shows. It’s a legacy that McFarlane believes is nearly unmatched in the annals of pop culture.

“Few people can create the kind of characters who have that kind of global impact,” said McFarlane. “The only other person I can think of is Walt Disney. Just as Disney’s impact continues to grow and expand, I think we’re going to see Stan’s legacy grow even bigger.”

Part of Lee’s contribution to the world of comics was that he gave his super-powered protagonists a more human underpinning. He created men and women who may have worn capes and tights, but who also grappled with real world problems — from failed relationships to financial setbacks. Those kitchen sink moments, however, didn’t come at the expense of grand adventure, McFarlane argued.

“He understood the bigness of what he created,” said McFarlane. “He got the melodrama. He knew comicbooks were just Broadway plays with lots of bright colors. The heroes have be really good and the villains have to be really bad. But his characters weren’t flawless. They had their Achilles’ heel. They weren’t always perfect or super handsome, but they were still flamboyant. They threw hammers, they stopped cars with their bodies, and they wore crazy space suits.”

Over the years, McFarlane would catch up with Lee at panels or awards shows and tried to visit him whenever he was in Hollywood. It was hard, he admitted, in the last few months to see the indefatigable Lee grapple with old age.

Even as he mourned Lee’s death, McFarlane said his friend and mentor’s approach to his work should be an example for other artists.

“When you talked privately to Stan he’d acknowledge that he had doubts,” said McFarlane. “He didn’t know back then what he was about to unleash. He didn’t know if it would work when he tried something with a character. All creative people have that. But even if he had doubts, he never froze. He kept going.”

“I hope that gives people hope,” he added.