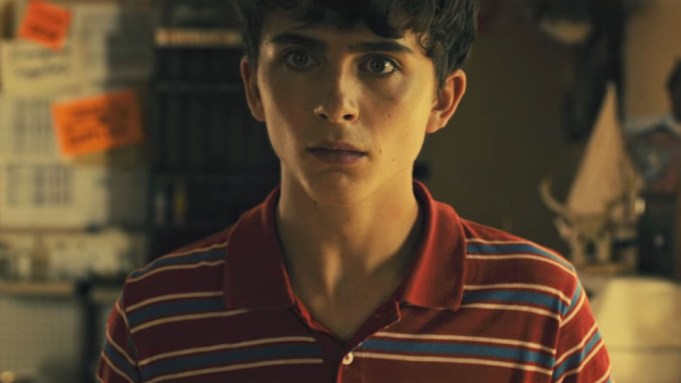 Timothee Chalamet is back on the big screen for another summer movie in the first trailer for “Hot Summer Nights.”

Elijah Bynum’s coming-of-age story sees Chalamet playing a shy out-of-towner in 1980s Cape Cod who gets tangled up with a marijuana seller, played by Alex Roe.  In the clip, Chalamet’s character smokes marijuana for the first time and quickly takes on the life of a drug dealer, posing with stacks of cash and hiding from police all while juggling a summer romance with Maika Monroe’s character.

“This is going to be more money than either of us have ever seen,” Chalamet tells Roe in the trailer.

Coming off an already busy 2017, where he landed a Golden Globe, SAG, and Oscar nomination for his performance as Elio Perlman in “Call Me by Your Name,” the actor has an even busier 2018 ahead. Along with “Hot Summer Nights,” Chalamet stars in Woody Allen’s “A Rainy Day in New York” with Elle Fanning, Selena Gomez, and Jude Law, and “Beautiful Boy,” opposite Steve Carell, both out later this year.