Mila Kunis, Kate McKinnon Are Forced Into Espionage in ‘The Spy Who Dumped Me’ Trailer 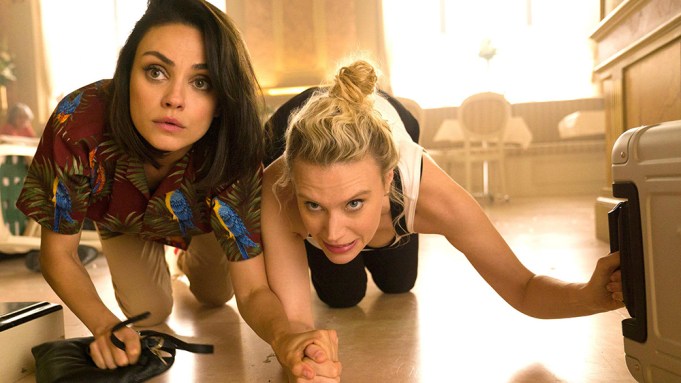 Mila Kunis and Kate McKinnon are forced to join the spy game in the first trailer for the Lionsgate comedy “The Spy Who Dumped Me.”

The trailer, released Wednesday, intros the duo as masters of spycraft with the proclamation “In 2018, women are killing it,” followed by a James Bond-style montage with Michael Buble singing Nina Simone’s “Feeling Good.”

That tone is quickly eliminated as Kunis and McKinnon — who play best friends — fail at trying to abscond a car because Kunis cannot drive a stick shift and the car crashes into a newstand at 3 miles per hour.

It turns out that the pair has been unexpectedly thrust into an international conspiracy when Justin Theroux, portraying the ex-boyfriend of Kunis’ character and a former CIA agent, shows up at her apartment with a team of deadly assassins on his trail.

They find themselves on the run in Europe from the assassins and a British agent, played by Sam Heughan. By the end of the trailer, they’re driving like pros and offing villains. “Oh my god, oh my god, I just killed someone,” Kunis shrieks while running through the street.

Susanna Fogel directed from a script she wrote with David Iserson. Ron Howard and Brian Grazer are the producers through Imagine Entertainment. The film was shot in Budapest, Hungary, last summer. “The Spy Who Dumped Me” lands in theaters on Aug. 3.