‘The Predator’ Returns to Conquer Earth in Bloody New Trailer 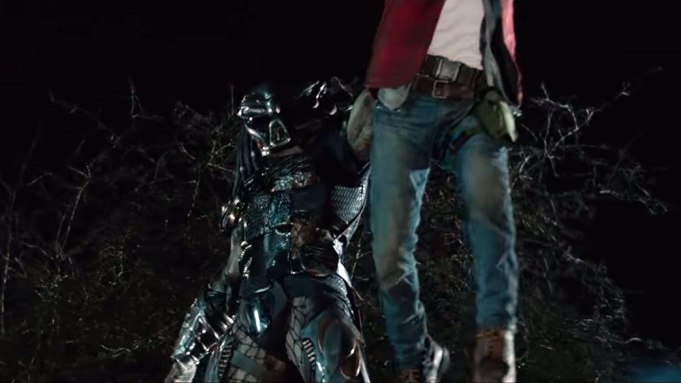 Fox’s “The Predator,” a reboot of the alien action franchise that launched in 1979, is returning to Earth in a bloody new red band trailer.

The scenario is set by Sterling K. Brown’s character, Will Traeger, who explains, “I’m in acquisitions. I look up and catch what falls out of the sky.”

The footage features several shots of the violent extraterrestrial hunter, who brings chaos to the suburbs.

Brown’s character then warns: “Predators don’t just sit around making hats out of rib cages. They conquered space. That’s not what is on the horizon.”

Shane Black’s new installment follows the titular aliens, who return to Earth, now deadlier than ever before after taking the DNA of other species.

The cast and filmmakers will release new footage of the film at San Diego Comic-Con.

The original “Predator” was directed by John McTiernan and starred Arnold Schwarzenegger, Carl Weathers, and Jesse Ventura as commandos attempting to rescue hostages while being stalked in a jungle in Central America by a fearsome extraterrestrial, played by Kevin Peter Hall.

“The Predator” invades theaters on Sept. 14.