‘The House With a Clock in Its Walls’ Trailer Asks ‘Do You Hear the Ticking?’ 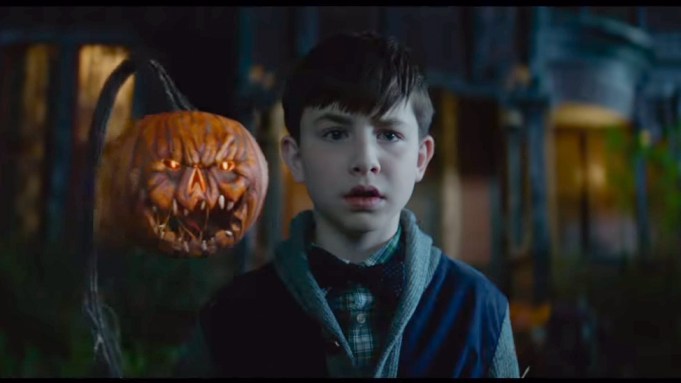 “Do you hear the ticking?” is the key question in Universal’s first trailer for the gothic horror movie “The House With a Clock in its Walls,” starring Jack Black and Cate Blanchett and directed by Eli Roth.

“This house is a very old place,” Black says in the trailer. “There’s a clock in the walls. We don’t know what it does, except… something horrible.”

The project has been adapted by Eric Kripke from the 1973 John Bellairs book, which was illustrated by Edward Gorey. Recently orphaned 10-year-old Lewis Barnavelt moves to the town of New Zebedee, Mich., to live with his mysterious uncle, played by Black — who turns out to be a warlock, while his next-door neighbor Florence Zimmermann (portrayed by Blanchett) is a witch.

The titular house was previously owned by a couple who had dedicated their lives to black magic, and plotted to bring about the end of the world through a clock hidden in the walls, where it eternally ticks. The boy, played by Owen Vacarro, manages to accidentally wake the dead.

“The House with a Clock in Its Walls” premiere Sept. 21.