‘The Favourite’ Trailer: Emma Stone and Rachel Weisz Battle for the Queen 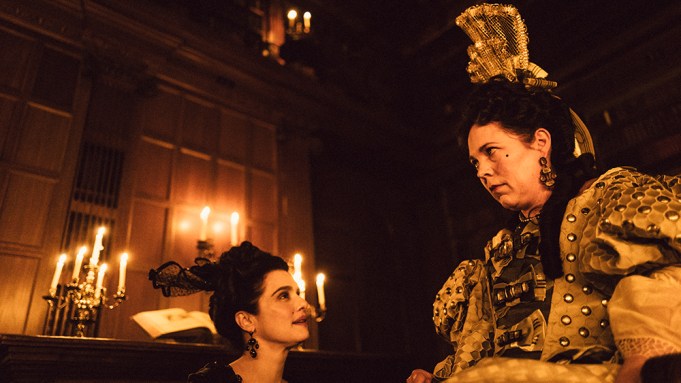 Yorgos Lanthimos directs from a script by Deborah Davis and Tony McNamara about the bitter battle between cousins to be the court favorite during the reign of Queen Anne in the early 18th century. The film had its world premiere at the Venice Film Festival on Aug. 30.

Colman plays the monarch. Stone portrays Baroness Abigail Masham and Weisz plays Sarah Churchill, Duchess of Marlborough. “The Favourite” will be the opening night film at the New York Film Festival on Sept. 28. Fox Searchlight has positioned it for an awards season run with an Nov. 23 opening in the United States.

Owen Gleiberman gave the film a strong review for Variety: “It’s a perfectly cut diamond of a movie — a finely executed, coldly entertaining entry in the genre of savage misanthropic baroque costume drama. Set in the court of Queen Anne during the early 1700s, with jaunty dollops of classical music playing in heavily ironic counterpart to all the low-minded chicanery, the movie is ‘Barry Lyndon’ meets ‘Dangerous Liaisons,’ with blood flourishes lifted from Peter Greenaway.”