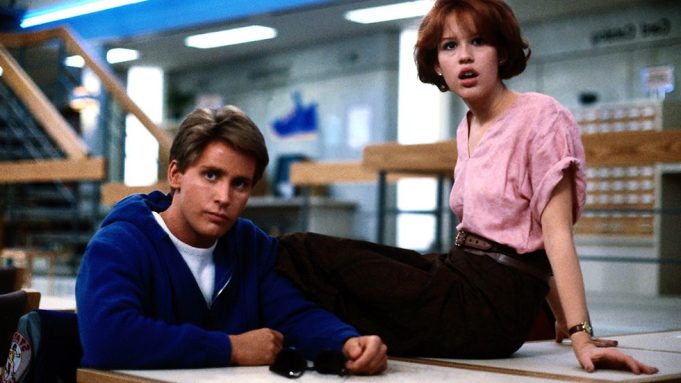 John Hughes’ second film “The Breakfast Club” has become classic among high school films, not to mention helping introduce several of the actors known as the Brat Pack. More than 30 years after its release, the Criterion Collection’s recent restored Blu-ray edition includes 50 minutes of previously never-before-seen material including a deleted scene between Molly Ringwald’s character, Claire, and Ally Sheedy’s Allison.

“The Breakfast Club” revolves around a group of high school students who are nearly strangers, but are stuck together in Saturday detention. The clip shows the preppy Claire and “basket case” Allison in the bathroom as Claire tries to strike up a conversation while Allison washes her hands. Claire makes a comment about Allison’s “out of the ordinary” eating habits like eating chips near a “live toilet” before apologetically offering to talk with her. In response, Allison takes a napkin and daintily retrieves a chip from out of the sink and eats it before leaving the bathroom. “This is not correct,” Claire replies, rolling her eyes. It’s hard to tell which is weirder, eating sink chips or the butter, Pixy Stix, and Cap’n Crunch sandwich Allison had for lunch.

The Criterion Collection 4K digital restoration of “The Breakfast Club” also includes audio commentary and interviews with the cast members including Anthony Michael Hall, Judd Nelson, Ringwald and Sheedy; a video diary by Hughes and a 2008 documentary on the film.