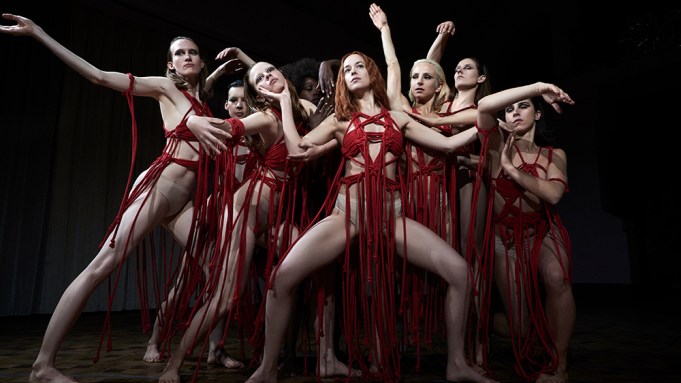 Who knew dance academies could be this gruesome?

Amazon Studios dropped the first trailer for Luca Guadagnino’s remake of cult classic thriller “Suspiria,” where Dakota Johnson portrays a dance student who unwittingly finds herself in the midst of a “suspicious” coven of witches at an academy abroad. Dario Argento directed the original 1977 supernatural horror film, which starred Jessica Harper.

Guadagnino, known for his intimate character features like “Call Me By Your Name,” is reuniting with Johnson and Tilda Swinton, who plays the elite school’s artistic director Madame Blanc, after working together on “A Bigger Splash.” He also worked with Swinton on “I Am Love.”

Amazon Studios first released gruesome footage from the film at CinemaCon in April that defied attendees not to lose their lunch. The scene featured Johnson as she practices ballet. But with each pirouette, a dancer in another studio is literally ripped apart, descending into a mess of broken bones, urine, spittle, and blood.

“Suspiria” will make its world premiere at the Venice Film Festival. Amazon Studios is opening the movie in New York and L.A. on Oct. 26, a week before it hits theaters nationwide on Nov. 2.