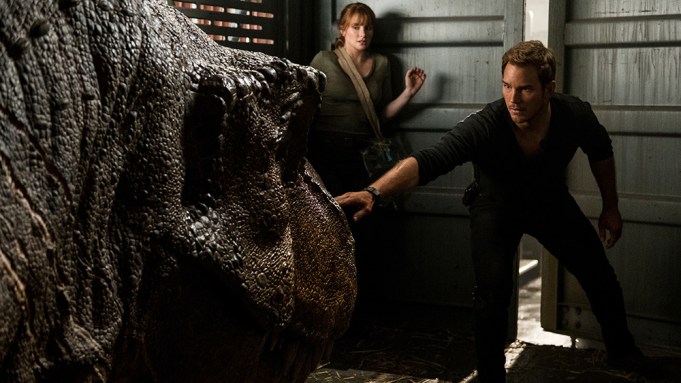 Last summer season spawned one apocalyptic headline after another to deliver a singular message: the box office was the worst it had been in over a decade.

“Guardians of the Galaxy Vol. 2” kicked off popcorn season in 2017 with a promising start. From there, things quickly took a turn for the worse. Aside from “Wonder Woman,” “Spider-Man Homecoming,” and “Dunkirk,” the movie industry suffered a string of flops across the next four months that resulted in a 14.6% drop from the previous season. Summer is synonymous with big-budget action flicks and superhero tentpoles. So why couldn’t last year deliver? Analysts pointed to unwarranted sequels from tired franchises for failing to fill theaters.

Fast forward to 2018, and a number of overperforming blockbusters have propelled the box office up 13.6%, according to comScore. “Jurassic World: Fallen Kingdom,” “Mission: Impossible – Fallout,” and “Deadpool 2” are just a few titles that proved franchise fatigue doesn’t exist when the sequel in question delivers a quality product.

“To me, ‘Incredibles 2’ was the one that was the most impressive,” Imax CEO Greg Foster said. “It transcended generations. It had this authenticity with this family that we just adore. It made it feel fresh, and that it was worth the wait.”

Audiences have high expectations for popular series, and they aren’t always easy to meet. Last summer, studios learned the hard way that just because there’s a built-in fanbase doesn’t mean moviegoers will get excited for new installments. That was the case, at least, for franchises like “Transformers: The Last Knight” and “Pirates of the Caribbean: On Stranger Tides” that seemed to be running on fumes.

“You have to try 10 times harder to make a sequel live up to the original.” said Jeff Bock, a box office analyst with Exhibitor Relations. “You need to raise the stakes and do something audiences don’t expect. We didn’t get a lot of that last summer.”

That’s not the say this summer didn’t have its missteps (the failure of “Solo: A Star Wars Story” raised some alarms). But as a whole, tentpoles more than carried their weight and outperformed expectations. “Fallen Kingdom” generated over $1 billion, “Ant-Man and the Wasp” picked up $211 million in North America and $332 internationally, and “Mamma Mia! Here We Go Again” earned $345 million so far. Hollywood can finally breathe a sigh of relief, for now.

“It comes down to content,” Warner Bros. president of domestic distribution Jeff Goldstein said. “There were just good movies that people wanted to see. As an industry, we did a good job of marketing movies to audiences that wanted to see them.”

It wasn’t just follow-ups that raked in the dough. There were a few surprise successes to help bolster the box office. “The Meg” proved that moviegoers simply love sharks, “Crazy Rich Asians” showed that diversity might be able to save the rom-com genre, and “Book Club” served as a testament to the value of older moviegoers. Meanwhile, indies like “Eighth Grade,” “Sorry to Bother You,” and “RBG” became breakout hits of the summer, further bringing diversity and empowerment to the forefront of conversations.

“There was just the right combination at different studios,” Foster said. “The second half of the summer was a heck of a lot better than everyone expected.”

There was also a new player in the game who can’t be discounted. MoviePass looks like it’s about to crash and burn, but the rookie company shook up the exhibition industry enough to prove that, in one way or another, subscription-based services are here to stay. By charging a flat monthly rate, MoviePass brought out people who might not otherwise be inclined to shell out to see multiple movies over the summer. Though the perfect model has yet to be refined, tickets have never been pricier. Moviegoers are more likely than ever to opt for an alternative that gives them more bang for their buck.

“Hollywood doesn’t want to say it’s a big factor, but it absolutely is. The only reason to deny it is because MoviePass is a rogue entity.” Bock said. “People were excited because it was affordable again.”