The summer doesn’t officially end until Labor Day, but with only a few major releases left on tap, it’s time to take a look at how the major studios fared during popcorn season.

Not that they asked us to, but the numbers crunchers at Variety are here to assess what movies worked and which ones sputtered out in the hopes of helping Hollywood learn from its hits and misses. For the second year in a row, we’re handing out report cards to Disney, Warner Bros., Universal, and the rest of their big studio brethren.

Overall, there’s a lot to celebrate. Box office revenues were up more than 11% over last year, and it’s possible that the industry could hit a new record. That’s a significant improvement over last year, when flops such as “The Mummy” and “Transformers: The Last Knight” inspired bad headlines and a wave of think pieces that declared the end times for the movie business. In 2018, the industry’s detractors were forced to put their obituaries on ice as smashes such as “Avengers: Infinity War,” “Deadpool 2,” and “Jurassic World: Fallen Kingdom” brought audiences back in droves.

Of course, studios don’t care that much about how their competitors fare. It’s their own bottom lines that they’re worried about. With that in mind, here are the companies that earned gold stars and the ones that flirted with failing marks. 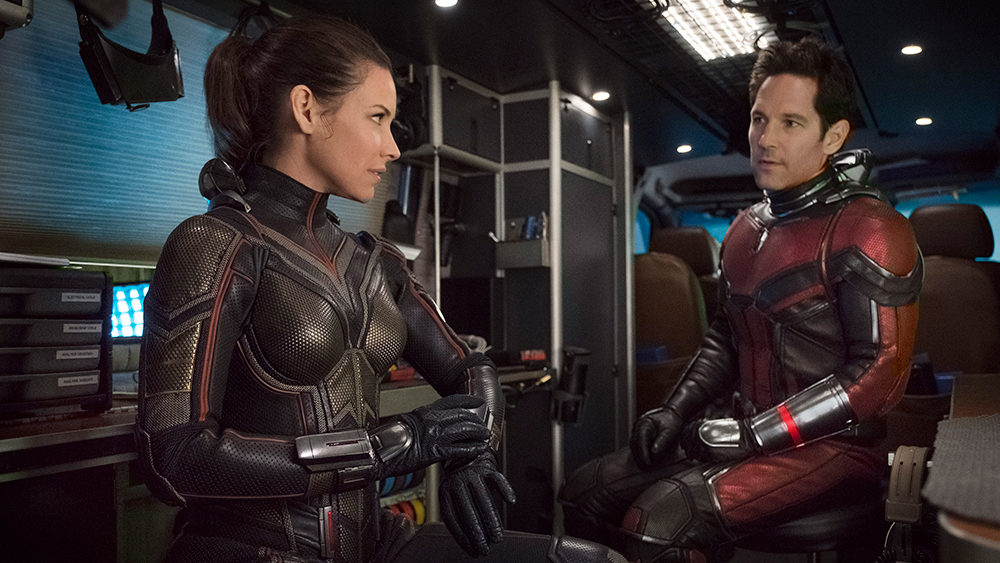 DISNEY
Summer Offerings: “Incredibles 2,” “Avengers: Infinity War,” “Solo: A Star Wars Story,” “Ant-Man and the Wasp,” “Christopher Robin”
Grade: A-
Takeaways: Only Disney could suffer one of the biggest flops of this or any year with “Solo: A Star Wars Story” and still end the summer on top. “Incredibles 2” and “Avengers: Infinity War” had little trouble eclipsing the $1 billion mark, and “Ant-Man and the Wasp” kept Marvel’s hit streak alive. “Christopher Robin” should leg out a respectable global gross, even if its domestic numbers are only middling. Still, “Solo’s” weak results hints at trouble to come for all things Star Wars. That ship needs to be righted, fast.

FOX
Summer Offerings: “Deadpool 2,” “The Darkest Minds,” “Super Troopers 2”
Grade: C+
Takeaways: Brownie points for the brave face. It’s not easy to remain business as usual when you’re about to be absorbed by Disney, which will lay off a big chunk of the Fox staff when its multi-billion deal to buy much of the company goes through. That said, there was very little to celebrate aside from “Deadpool 2.” “Super Troopers 2” didn’t embarrass itself, but “The Darkest Minds” is yet another YA whiff. With only three wide releases, Fox largely sat the summer out … and it showed.

PARAMOUNT
Summer Offerings: “Book Club,” “Mission: Impossible – Fallout”
Grade: B
Takeaways: Fox aside, there are some instances when less might actually be more. That seems to be the case for Paramount. Though the studio only put out two movies during popcorn season, both “Book Club” and “Mission: Impossible – Fallout” were able to stand out among vastly different audiences. “Book Club,” a bawdy comedy targeted at females, became one of the rare funny movies to find its footing these days. With a cast filled with septuagenarians, it proved older moviegoers will come out for the right film. It’s no surprise the Tom Cruise spy series pulled off stellar numbers given the rapturous reviews it enjoyed, but the sixth installment also notched the distinction of a series-best opening. Cruise can now breathe a sigh of relief after his reboot of “The Mummy” failed to lead to a new film franchise. At least there’s always Ethan Hunt to fall back on.

SONY
Summer Offerings: “Superfly,” “Sicario: Day of the Soldado,” “The Equalizer 2,” “Hotel Transylvania 3: Summer Vacation”
Grade: B-
Takeaways: Given that Sony has endured years of box office struggle, the fact that none of its summer offerings drowned in red ink counts as something of a win. That’s the good news. However, none of its recent releases rank as bona fide blockbusters. “Hotel Transylvania 3” was a hit, and “The Equalizer 2” demonstrated that Denzel Washington is a big enough star to guarantee a solid result for a critically reviled sequel. “Sicario 2” is a single, at best, whereas “Superfly” struck out. It’s not exactly the kind of slate that keeps Sony’s rivals up at night. Time to step things up. 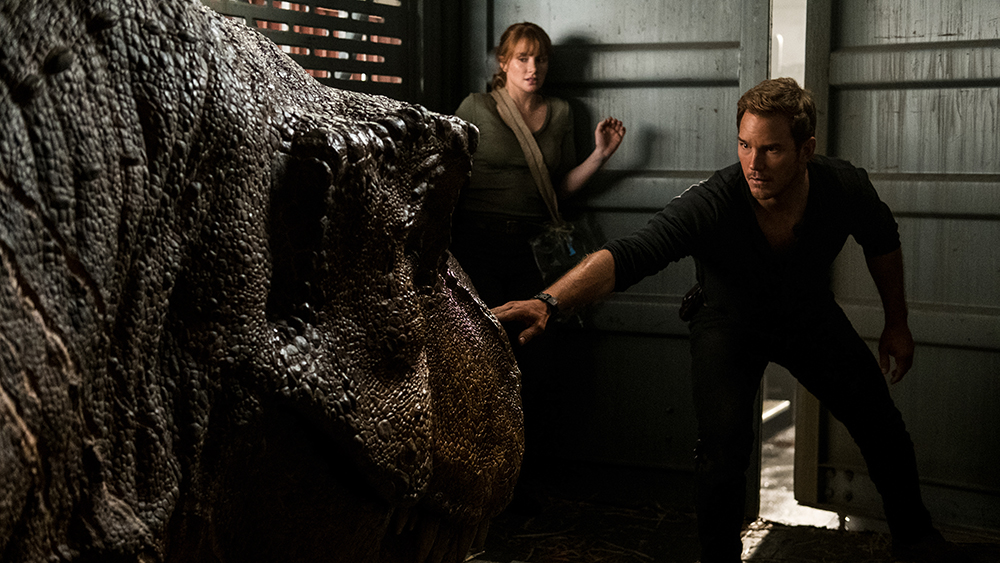 UNIVERSAL
Summer Offerings: “Breaking In,” “Skyscraper,” “The First Purge,” “Mamma Mia! Here We Go Again,” “Jurassic World: Fallen Kingdom”
Grade: B+
Takeaways: Universal has some rogue dinosaurs to thank for its promising summer. “Jurassic World: Fallen Kingdom” hasn’t yet reached the heights of its predecessor, but it easily hit the coveted $1 billion mark worldwide. Props to the studio for taking a chance on some original properties, but it’s summer, after all, so naturally sequels reigned supreme. “Mamma Mia! Here We Go Again” might not pocket as much as the first movie, though the jukebox musical did boast a bigger debut than its predecessor. Ten years of built-up anticipation, plus Cher, can do that to a series. Universal was also one of the few studios to deliver for moviegoers looking for a scare. “Breaking In” and “The First Purge” may not have topped charts, but the former brought in modest returns and the latter slowly picked up steam to become the highest-grossing iteration in “The Purge” franchise. And then there’s Dwayne Johnson. The studio bet big on with the expensive “Skyscraper,” and the Rock didn’t deliver … in North America, at least. Maybe it’s Johnson box office fatigue after a glut of films featuring the actor hit theaters in short order, or maybe it’s time the former wrestling star to be a little more selective with his roles. 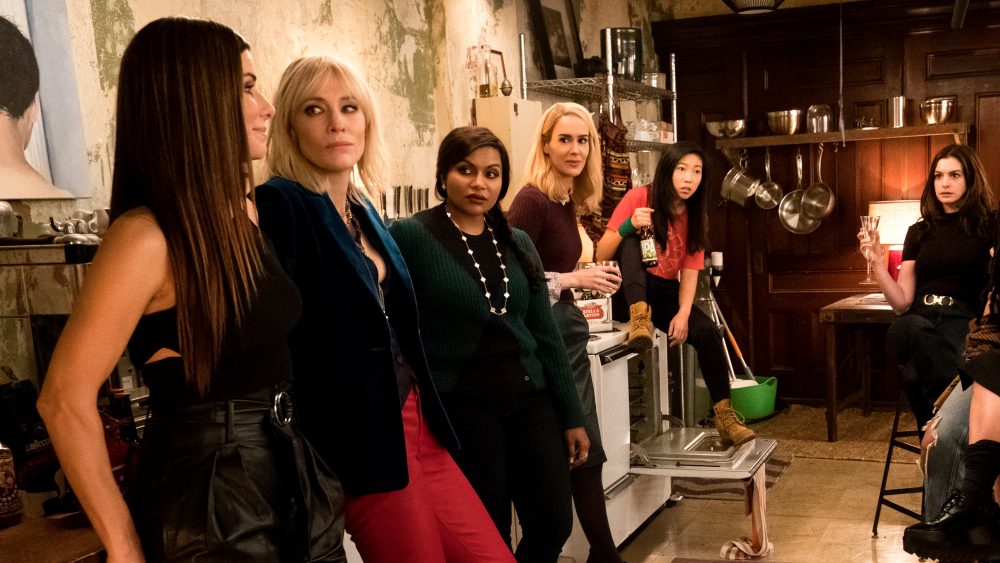 WARNER BROS.
Summer Offerings: “Ocean’s 8,” “Tag,” “Life of the Party,” “Teen Titans Go! to the Movies,” “Crazy Rich Asians,” “The Meg”
Grade: B
Takeaways: If “Crazy Rich Asians” is able to follow in the steps of “The Meg’s” better-than-expected debut, Warner Bros. might end the summer on a high note. The studio’s slate was a bit of a mixed bag. Comedies continue to struggle at the box office, and “Tag” and “Life of the Party” didn’t exactly breathe new life into the tired genre. “Teen Titans Go! to the Movies” faced tough competition from fellow family-friendly animated titles, but its low budget didn’t make it much of a risk. It’s too early to tell if “The Meg” will be able to justify its expensive price tag, but between “Ocean’s 8” and “Crazy Rich Asians,” Warner Bros. helped prove the fight for on-screen diversity is a worthy, even profitable, one.