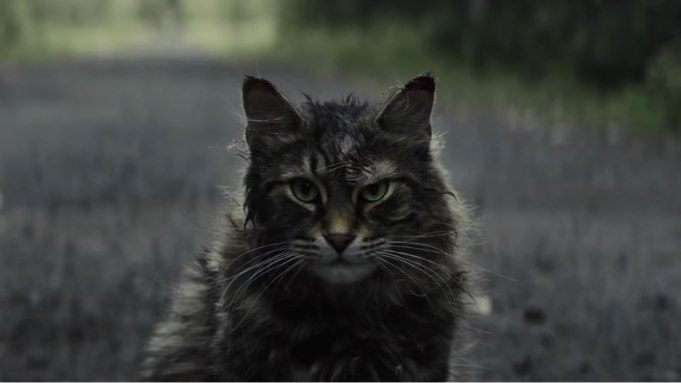 “Pet Sematary” is the second King remake taken on by Paramount, following the summer blockbuster “It,” which became the highest grossing horror film of all time. The plot follows a young family who, after moving to a rural home, discover they are living next to a creepy pet cemetery endowed with powers to reanimate whatever is buried on its grounds.

Creepy drumming pervades most of the trailer, which opens with the Creed family moving into their new home. “It’s definitely not Boston,” remarks Clarke, before a speeding semi introduces a foreshadowing reference to the original flick. Lithgow narrates the rest of the trailer, which features a line of marching children all wearing strange animal masks and a strong warning for viewers: “Sometimes dead is better.”

We also get our first look at the titular pet cemetery, denoted by a child-made sign and bearing a strong resemblance to the original film made in 1989, as well as the terrifying appearance of what looks like some sort of humanoid monster exiting a dumbwaiter, much to the chagrin of Lithgow.