‘Solo’: What a ‘Character Too Secret to Ever Name’ Means for the ‘Star Wars’ Spinoff 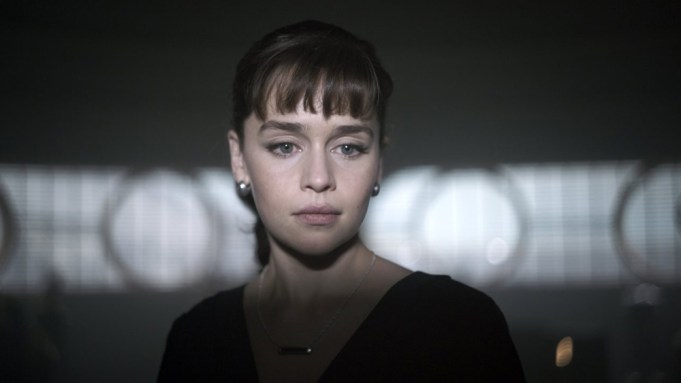 SPOILER WARNING: If you have not seen “Solo: A Star Wars Story” and you’re wary of spoilers, look away. Look away now!

For a movie packed with action set pieces and dazzling special effects, the most hair-raising moment of “Solo: A Star Wars Story” comes near the end in a much quieter scene, when a fan-favorite character appears on the big screen, via hologram, for the first time since 1999.

“Star Wars” films are built on revelations that someone bigger and badder is pulling the strings behind the scenes, from the emergence of Emperor Palpatine in “The Empire Strikes Back” to the introduction of Supreme Leader Snoke in “The Force Awakens.” So it’s hardly a surprise that a nefarious player would be lurking in the shadows of the underworld depicted in “Solo.”

That player turns out to be Darth Maul, a bold move by writers Lawrence and Jonathan Kasdan considering the character was last seen by most audiences tumbling — bisected, courtesy of Obi-Wan Kenobi’s lightsaber — down an exhaust shaft at the end of “The Phantom Menace” nearly two decades ago.

“That was something I was hoping to lay in very early,” Jonathan Kasdan says. “We were doing it very subtly. I wanted to build toward the idea that this crime syndicate that they were involved with was much bigger than this Dryden Vos character [played by Paul Bettany]. This scary guy wasn’t even in charge and there was someone much scarier above him, so we were looking at who could be that guy.”

Plugged-in “Star Wars” fans know that Maul survived his halving at the hands of Kenobi and saw his story expanded on television in the “Clone Wars” animated series. However, not everyone who sees the movies is aware of that 2011 resurrection, so Maul’s appearance in “Solo” — played once again by actor Ray Park — is sure to confound. But familiarity with the series, and with Maul’s subsequent reprise in the franchise’s other recent animated show, “Rebels,” is what paved the way for Kasdan to implement the character. Given that seedy-underbelly backdrop of the film, he fits the proceedings perfectly.

“Maul had gone into this criminal underworld and this particular period in his life was left vague and gray in the canon,” Kasdan says. “That gave us an opening to say, ‘OK, can we use that character, and if so, does he fit really nicely into a world of scary people?'”

It also builds some further complexity into the character of Qi’ra (played by Emilia Clarke), who reports to Maul in the scene, opening the door for further adventures in this particular branch of the “Star Wars” timeline. A whole series of “Solo” films could be possible, with mob boss Maul as a central villain. (UPDATE: Well, maybe not with those receipts.) And not to go too far down the rabbit hole, but looking at the established canon, there is indeed a potentially juicy 10-year period unaccounted for in his story.

After the events of “The Phantom Menace,” Maul lost his mind and lived in exile for years on the junk planet Lotho Minor until his brother, Savage Opress, finally tracked down his whereabouts. After regaining his wits and being outfitted with a number of different mechanical legs (first spider-like, then mantis-like, all silly-like), Maul finally received a humanoid set of cyborg stems and set out to exact his revenge on Kenobi.

You still with us?

He began by amassing a criminal alliance, the Shadow Collective, comprising groups like the Hutts, the Pykes, the Black Sun (“Shadows of the Empire” fans will remember them) — again, think of it like a mob boss, bringing together all the families. Eventually Palpatine put an end to those shenanigans and Maul escaped.

All of that happened in “The Clone Wars” and the comic book series “Son of Dathomir,” which was based on abandoned teleplays from the show. From there, the events of 2005’s “Revenge of the Sith” happen and it’s 10 years in the timeline until “Solo.” That’s a decade of Maul-in-the-criminal-underworld stuff to play with, though the character’s ultimate fate would appear to be in stone: In “Rebels,” just two years before the events of 1977’s “Star Wars,” Maul would finally meet his maker on Tatooine courtesy of — yep, Obi-Wan Kenobi.

(And not to play the fan-fiction game, but during Maul’s assembly of the Shadow Collective, he lorded over the planet Mandalore for a time and installed a puppet prime minister. He and his forces there were eventually defeated by the Jedi Ahsoka Tano and hers, per the canon novel “Ahsoka,” but that brush with Mandelorians is super interesting with the recent announcement of a Boba Fett movie in mind. Who knows when that will be set, but a recent canon comic book series set before “The Phantom Menace” depicted Maul at the head of a bounty hunter squad including the likes of Cad Bane and Aurra Sing, who would go on to pal around with Fett in “The Clone Wars.” There are lots of fun connections. Just saying! And this is all without even touching on Maul’s origins as a Nightbrother on Dathomir, son of the Force-sensitive Nightsister witch Talzin. Yeah, it’s deep.)

The revelation of Maul in “Solo” is obviously the biggest spoiler of the movie. His scene was one of the last things filmed, in January of this year, largely to preserve that mystery for as long as possible. Therefore the film’s previous directors, Phil Lord and Christopher Miller, never got a crack at it.

A crew member who worked on the production says the scene was filmed on a closed set with minimal crew, but not before Park got a hero’s welcome. “Everyone was told, ‘Keep your mouth shut,'” the crew member says. “But ultimately word spread through the crew and every f—ing crew member ended up on stage. Everyone was geeked out. When Park walked onto the stage in regalia and the paint, everyone started clapping.”

The Kasdans, meanwhile, had even gone to great lengths to keep the appearance a mystery on the page as well, preempting spillage in the event of a screenplay leak. “It was never specifically named in the script,” Kasdan says. “It just said, ‘A character too secret to ever name.’ Everyone did a great job of keeping it secret, and Ray was such a delight.”

And, no doubt, enthused to get the phone call.

“I think he was,” Kasdan says with a laugh.

Be sure to read Variety‘s cover story detailing the behind-the-scenes drama “Solo: A Star Wars Story” suffered through on the way to the screen.