Continue to Variety SKIP AD
You will be redirected back to your article in seconds
Jun 1, 2018 1:33pm PT 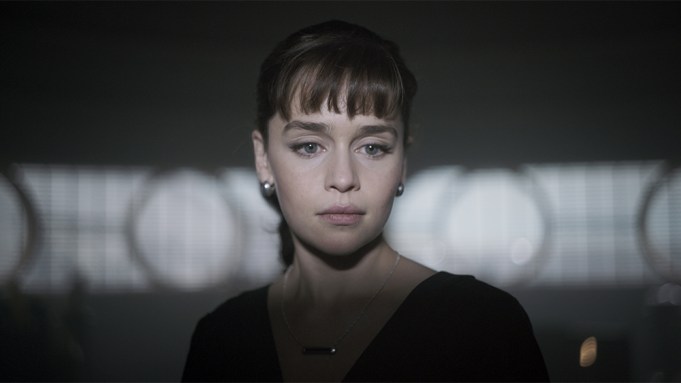 The fizz has gone out of The Force. “Solo: A Star Wars Story” is heading for a disappointing $28 million in its second weekend in North America, early estimates showed on Friday.

If the forecasts hold, the anthology movie will post a 67% decline from its Friday to Sunday opening of $84.4 million.

At $28 million, “Solo: A Star Wars Story” will win the weekend — but it’s a hollow victory with the third frame of “Deadpool 2” a relatively close second with $20 million (for a $251 million domestic total). The debut of Shailene Woodley’s survival drama “Adrift” is battling for third with the fifth frame of “Avengers: Infinity War” at about $10 million each.

But the lack of traction for the Han Solo origin story signals that Disney erred in bringing out another “Star Wars” title a mere five months after launching “Star Wars: The Last Jedi,” which took in $71 million in its second weekend on the way to a $620 million domestic haul. The first anthology film, “Rogue One: A Star Wars Story,” made $64 million in its sophomore frame in 2016, declining 59%, on its way to a $532 million domestic total.

The results for “Solo: A Star Wars Story” also pale in comparison to the same weekend a year ago when “Wonder Woman” set the record for the first weekend in June, grossing $103 million in its debut.

Disney’s first “Star Wars” movie, “Star Wars: The Force Awakens,” was a smash hit in late 2015 with a record-setting $936 million in domestic grosses. “Solo: A Star Wars Story” will finish the weekend with about $147 million and may not make it to $200 million by the end of its run.

STX is expanding “Adrift” to 3,015 sites on Friday with forecasts in the $7 million to $11 million range for its opening weekend. Woodley and Sam Claflin star as a couple that sets sail across the ocean in 1983. The two get stranded in the middle of the Pacific Ocean during a hurricane and attempt to navigate to Hawaii without communication or tools.

Johnny Knoxville’s “Action Point” is tracking below estimates for a dismal opening between $2 million and $3 million at 2,032 venues. The R-rated comedy, set at a New Jersey theme park, features bizarre stunts in the vein of Knoxville’s earlier films.

BH Tilt’s horror sci-fier “Upgrade” should take in as much as $4 million from 1,457 locations. “Saw” and “Insidious” helmer Leigh Whannell wrote and directed “Upgrade,” which premiered at this year’s South by Southwest. Logan Marshall-Green plays a man who gets an experimental computer chip implanted in his spinal cord after he’s left paralyzed following a mugging.