The singer and songwriter penned the movie's love song, "Everything I need." 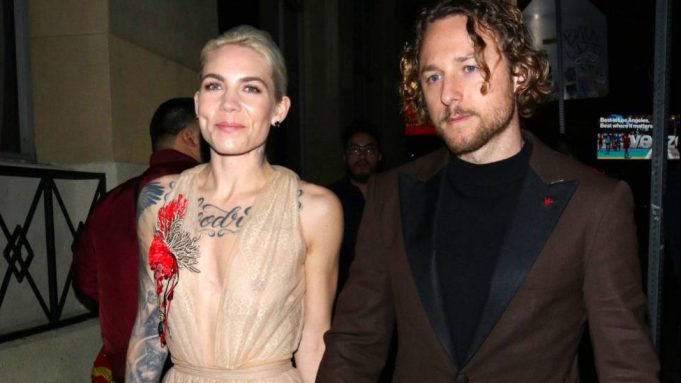 The melody from “Everything I Need,” the song Skylar Grey penned for “Aquaman” is used in the scene — spoiler alert — in which the titular hero (Jason Momoa) and Mera (Amber Heard) kiss while an epic battle rages on around them.

Grey and her fiance Elliott Taylor reenacted the kiss in a somewhat similar setting — the hectic red carpet ahead of the film’s premiere.

“It’s the best scene,” Grey told Variety, after she wrapped her legs around Taylor to recreate the sweet moment.

Grey has released a pair of albums and several EPs, but is perhaps most famous for co-writing Eminem and Rihanna’s 2010 hit, “Love the Way You Lie.” She has also been featured on songs by Diddy, Dr. Dre, Nicki Minaj, and others.

The singer, who recently signed with Crush Music for management, said she didn’t know the “Aquaman” story when director James Wan reached out to her. But after watching several scenes, Grey said she related to the love story featured in the film and wrote “Everything I Need” with Taylor.

“The song we wrote is the romantic love ballad at the end. It’s also about accepting your flaws,” she added. “The melody is used throughout the film, so any time you see the love scenes happening, the melody behind it is the melody from the song.”

“Aquaman” makes its splash into theaters on Dec. 21, and the soundtrack was released Dec. 14.