‘Sicario: Day of the Soldado’ Director on Violence, Illegal Immigration and Why He Won’t Be Back for Part 3 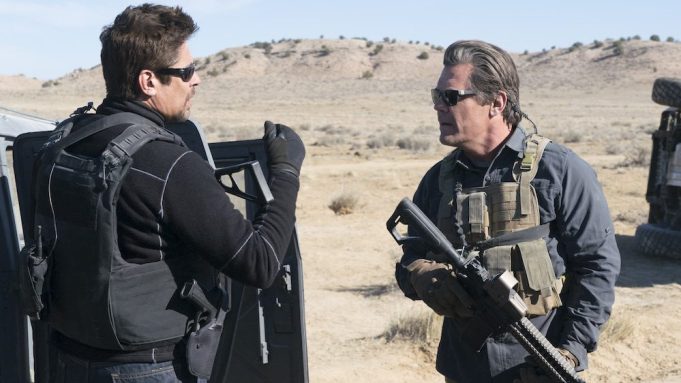 Stefano Sollima knows what he’s going to be doing this Friday. The Italian director has already bought a ticket to “Sicario: Day of the Soldado” so he can experience the film’s opening weekend with a live audience. “I want to see the reaction for myself,” said Sollima.

He’s not going as an unbiased observer. “Sicario: Day of the Soldado” is Sollima’s English-language film debut and his first major studio feature. It’s an unlikely project, a follow-up to a film, 2015’s “Sicario,” that was critically acclaimed, but only a modest box office performer, grossing $84.9 million globally. The unblinking look at Mexican drug cartels seemed to wrap up its plot threads neatly, so it wasn’t clear why there needed to be a follow-up. Even Sollima had doubts about taking over the director’s chair from Denis Villeneuve.

“I knew it was a bit cheeky,” he said. “I knew the audience would wonder why we were doing a sequel to such a beautiful movie, but I felt the idea was so original. We weren’t making a franchise, but more of a saga. We’re exploring this world with different points of view.”

“Sicario: Day of the Soldado” brings back original stars Benicio Del Toro and Josh Brolin as a brutally efficient hitman and a boundary-pushing dark opps agent, respectively. Emily Blunt, whose newbie FBI agent served as the moral compass of the first film, did not return. The film finds Del Toro’s Alejandro Gillick trying to set off a war between the cartels by kidnapping the daughter (Isabela Moner) of a leading drug dealer. It burrows more deeply into Alejandro’s backstory, humanizing him and revealing more about why he decided to become a killer-for-hire.

“This is a gritty movie where everything is put in front of you without any filter or without being gentle about anything,” said Sollima. “This is like those movies from the ’70s that studios stopped making.”

It’s also an extremely violent film, one with a body count that’s been a topic of conversation on social media from preview audiences and critics. In the film, a mother and a young child are blown up, a character is shot in the face, and government agents and drug dealers routinely get eviscerated by semi-automatic weapons. In each instance, Sollima’s camera lingers on the bloody carnage. It can be a difficult sit, but Sollima argues that’s the point.

“The violence is a part of the world you’re portraying,” he said. “It would be absurd not to have the violence be graphic. You need to immerse the audience in what’s going on and the violence helps with that.”

“Sicario: Day of the Soldado” was conceived over a year ago, but its focus on border crime and its portrait of illegal immigrants desperately trying to cross over to a better life in the Unites States has eerie parallels with our current politics. The film is opening at a time when President Donald Trump’s family separation policies and calls for a border wall have focused new attention on the world that “Sicario: Day of the Soldado” depicts.

“It’s a topic that’s right there in front of us and is not going away,” said Sollima. “It’s something about being human — this need to go to a better place or to find a better life in another society. Our film is meant to be entertaining, but also should raise smart questions.”

Sollima talked to Variety while he was deep into the production of “Zero Zero Zero,” a television adaptation of Roberto Saviano’s look at the cocaine trade. Sollima previously worked on the small screen version of Saviano’s “Gomorrah,” an examination of organized crime in Italy.

“We created a completely new story for ‘Zero Zero Zero’ based on the soul of the book,” he said. “It takes on globalization by following one of the most special kinds of merchandise there is, cocaine. We trace its point of origin in South America to its destination in Italy and explore trafficking and money laundering and other things that are impacting all these economies and all these people.”

“Zero Zero Zero” finds Sollima once again mining bleak terrain, looking at both the big profits to be made from illegal drugs, and the human cost associated with the business. But despite that abiding interest in the criminal elements, Sollima doesn’t want to return for “Sicario 3” if a new film gets made.

“Every movie in these series needs to be a standalone that stays in the same world,” said Sollima. “I’d love to watch another chapter of ‘Sicario,’ but it should be from a different director who has their own specific style. You shouldn’t have more than one film from the same director. Then it would be too much like a real franchise.”