‘Sicario: Day of the Soldado’ to Be First U.S. Indie Title Released in Saudi Arabia 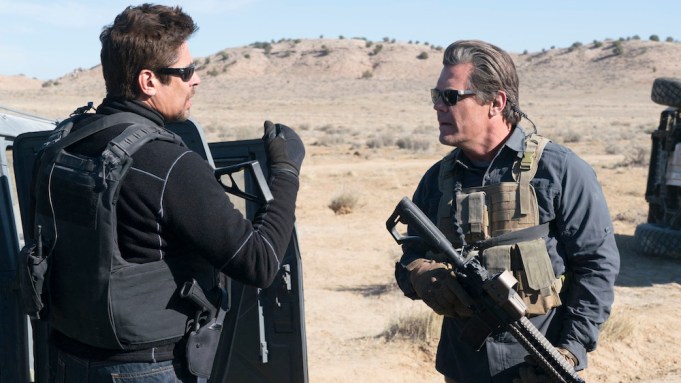 Lionsgate’s “Sicario: Day of the Soldado” is set to become the first U.S. indie title released in Saudi Arabia following the recent removal of the country’s religion-related ban on cinemas after 35 years.

The Mexico-set drug-trafficking thriller, a sequel to 2015’s “Sicario,” will bow on AMC screens in the Saudi capital of Riyadh next Thursday, one day before its scheduled U.S. release. Starring Benicio del Toro and Josh Brolin, it is being distributed locally by Middle Eastern company Italia Film.

Italia Film previously handled the groundbreaking April 18 release in Saudi Arabia of Marvel’s “Black Panther” which marked the first commercial screening of a film in the kingdom since movie theaters were banned in the early 1980s because of adoption of ultraconservative religious standards. Lifting the ban is part of a drive by Crown Prince Mohammed bin Salman to transform Saudi society and diversify its oil-driven economy.

Italia Film said in a statement that the Saudi release of the ultra-violent “Soldado” was “another great victory for the film industry and for film fans in Saudi Arabia.” The company said it marked a “great achievement” for the independent film industry since the Saudi market “was initially perceived to be only embracing the big [U.S] studio productions.”

“Soldado” will be the first release to be rated R-18 in Saudi Arabia, because of the film’s “subject and violence,” Italia Film’s Carlo Vincenti said in an email.

As for censorship cuts, which are customary in the Arab world because of cultural constraints, those made by Saudi censors on “Soldado” were “very minor,” said Vincenti, adding that “just a few instances of cursing” were “muted.”

“Soldado,” in which the drug wars worsen from the original “Sicario,” has been described as “tense, tough, and shockingly ruthless at times” by Variety critic Peter Debruge and is rated R by the MPAA in the U.S., where it will be released by Sony.