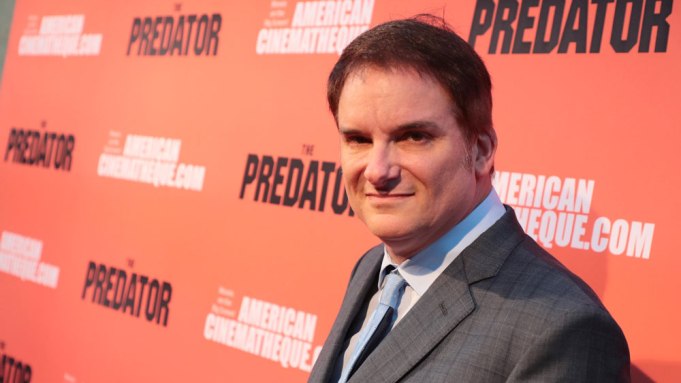 “The Predator” director Shane Black apologized once again for his decision to cast friend and registered sex offender Steven Wilder Striegel in his horror reboot.

“I made an error in judgement that is irresponsible. … I was the captain of that ship. It’s my job to make sure those things don’t happen, and I failed. I take full responsibility. I’m very deeply sorry,” he told the Associated Press at the film’s Los Angeles premiere on Wednesday. “I think about this a lot. I hope I learn from this because it really bothers me that this movie … has been overshadowed in some ways by a stupid decision that I made. I’m very sorry to anybody.”

Black initially defended his decision, telling the Los Angeles Times, “I personally chose to help a friend. I can understand others might disapprove, as his conviction was on a sensitive charge and not to be taken lightly.” However, he issued an apology soon after, following a flurry of backlash.

“Having read this morning’s news reports, it has sadly become clear to me that I was misled by a friend I really wanted to believe was telling me the truth when he described the circumstances of his conviction,” Black said. “I believe strongly in giving people second chances — but sometimes you discover that chance is not as warranted as you may have hoped.”

During the film’s world premiere at the Toronto Film Festival, Black skipped the red carpet entirely, and star Olivia Munn did not stop for interviews. She later explained herself on Twitter, writing, “Thank you to everyone who came out tonight and showed so much support. Wish I could’ve done red carpet interviews, but I was ushered past and told we didn’t have time.”

Black’s casting decision first came to light when Munn reported Striegel’s status as a sex offender to Twentieth Century Fox. However, in an exclusive interview with Variety, she said the studio didn’t return her call for two days. Fox later deleted the scene, which featured Striegel hitting on her character.