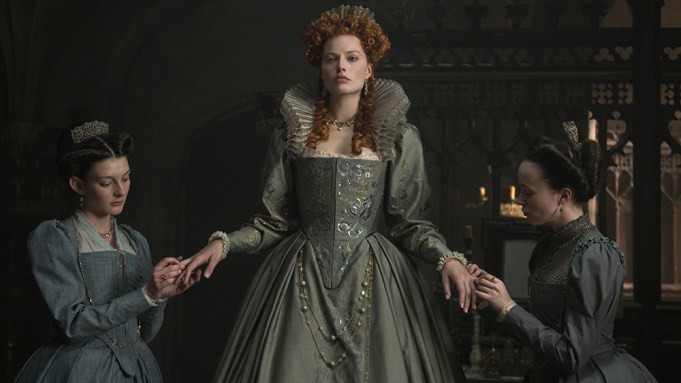 Directed by Josie Rourke and set in the 1500s, “Mary Queen of Scots” is based on the true story of two ruling monarchs — and cousins — who both believe they are the rightful heirs to the English crown. Ronan plays the titular Scottish queen on a mission to overthrow the presiding English monarchy, while Robbie portrays Elizabeth I, fighting to maintain her spot on the English throne.

Amid her attempted coup, Mary, Queen of Scots is sentenced to multiple years in prison and, eventually, execution. Produced by Tim Bevan, Eric Fellner, and Debra Hayward, “Mary Queen of Scots” will hit theaters Dec. 7.