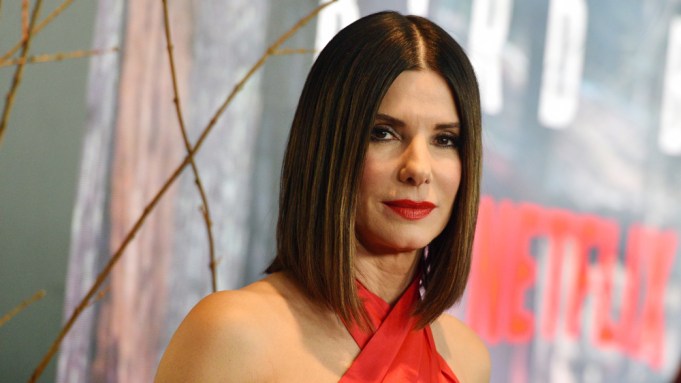 In Netflix’s new post-apocalyptic thriller “Bird Box,” Sandra Bullock plays a mom trying to save her children’s lives after a mysterious force invades the earth and causes people to kill themselves.

In trying to demonstrate how dire their situation is, Bullock’s character tells the kids they “will die” if they don’t follow her strict instructions of what to do and what not to do as they make their escape down a river.

Bullock admits she, like most mothers, would do anything to save her children.

“It’s not an easy place to stay when you have to stay there for 15 hours a day and imagine family dying, your children dying, or the love of your life dying,” the mother of two told Variety while promoting the movie in Los Angeles with her co-star Trevante Rhodes. “But by the time I went home by the end of the day, I was so grateful I didn’t have to think those horrible thoughts, that I think every day as a mother in general out of fear. It was cathartic. I purged them. I got to go home [and] I think my kids liked me better because I wasn’t so scared and militant and fearful.”

While she joked that she’s now back to her old ways of worrying, she insisted, “As a mom you think those thoughts. It’s just part of your makeup. I have two children who are African American and I have to have conversations with them that millions of parents do. But I have to balance it with, ‘here’s ugly truth’ and ‘here’s beauty truth.’”