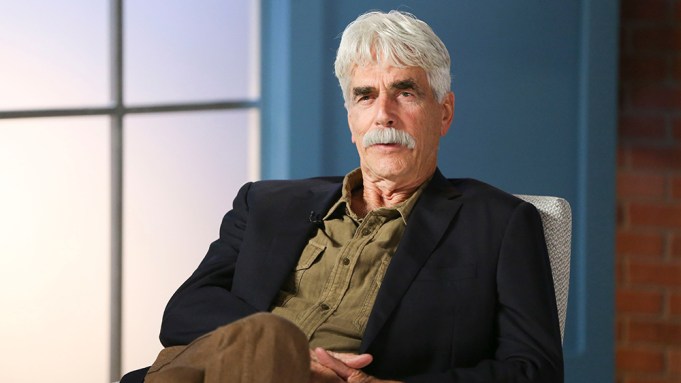 During his Variety Actors on Actors conversation with Glenn Close, Sam Elliott dished on the first table read of “A Star Is Born” with Lady Gaga.

“I’ve loved her from afar,” Elliott said. “She was just kind of this regular girl on some level, this Stefani,” he said. “She was stunning to work with.”

Elliott described a moment at the Greek Theater in Los Angeles after a long day and shooting in the hot sun. “It was all her Little Monsters, her fanbase that followed her religiously. They were the extras in the crowd,” he said, remembering how morale had begun to dwindle as the sun went down and it got chillier.

“She just came out of nowhere and sat down at the piano and started singing,” he said of Gaga. “Everybody just stopped. It was just magical.”

He also discussed he and Gaga’s implicit trust in Cooper’s vision for the film.

“I’d never met Bradley Cooper before,” he said of being asked to meet with Cooper for the role.

“I ended up going to his home and sat with him for a couple hours,” he said, recalling how Cooper brought out a tape of him working with a vocal coach to learn to talk like him. “He turned this thing on and it sounded very much like me…he’d committed to my voice before I was set for the part,” Elliott said.

It was Cooper’s unwavering faith that became the life blood of the project.

“I remember Bradley telling me in the driveway, ‘If you trust me, you’ll be glad you did it,'” Elliott said.