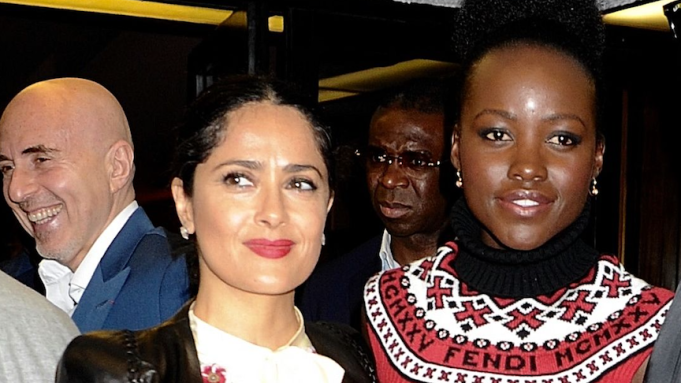 Last December, Salma Hayek penned a blistering essay for the New York Times, in which she accused former mogul Harvey Weinstein of sexual harassment during the making of “Frida.”

She also claimed Weinstein threatened to kill her.

Weinstein’s lawyers immediately denied the claims: “All of the sexual allegations as portrayed by Salma are not accurate and others who witnessed the events have a different account of what transpired.”

Weinstein would later deny badgering another high-profile actress: Oscar-winner Lupita N’yongo, who said Weinstein sexually harassed her in 2011 when she was still a student at Yale.

“Harvey led me into a bedroom — his bedroom — and announced that he wanted to give me a massage. I thought he was joking at first. He was not,” Nyong’o wrote.

On Sunday at the Cannes Film Festival, Hayek alleged that Weinstein, who hadn’t responded to other actresses’ claims, denied her and Nyong’o’s accounts because they were both women of color.

“We are the easiest to get discredited,” she told Variety’s Ramin Setoodeh at the Women In Motion panel. “It is a well-known fact. So he went back, attacking the two women of color, in hopes that if he could discredit us.”

Hayek was one of 82 women, led by jury president Cate Blanchett, who protested Cannes’ gender imbalance on Saturday night. The figure symbolized the small fraction of women, 82, who have directed one of the 1,645 films to screen at the festival since 1947.

Hayek called the moment profound and beautiful, but warned the industry not to be too complacent.

“Cinema is about visual images. I think that we talk a lot, but yesterday, this image: yes, it looked like we were a lot, but we were such a small number.”

“Now is the time for action,” she said.