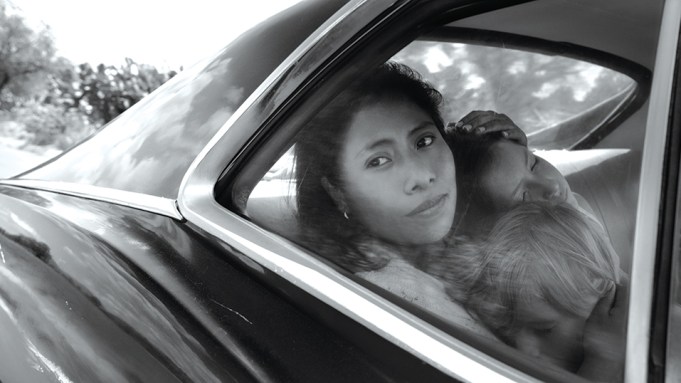 Netflix has released the first official trailer for Alfonso Cuaron’s “Roma,” which highlights Yalitza Aparicio as a live-in housekeeper in the middle-class neighborhood of Roma in Mexico City.

With Pink Floyd’s “The Great Gig in the Sky” scoring the black-and-white footage, Aparicio’s character named Cleo performs chores and deals with three children against a backdrop of domestic strife and political turmoil in Mexico. There’s little dialogue other than Cleo telling one of the children “buenas noches” as she tucks her in bed. Cuaron describes “Roma” as a love letter to the women who raised him.

“Roma,” which won the Golden Lion after its world premiere at the Venice Film Festival, has been selected by Mexico as the country’s foreign-language submission for the 91st Academy Awards. The film, produced by Esperanto Filmoj and Participant Media, is also considered a strong contender for a best picture nomination. In the past 20 years, foreign-language films “Life Is Beautiful,” “Crouching Tiger, Hidden Dragon,” “Letters From Iwo Jima,” “Babel,” and “Amour” have all scored a best picture nod.

In his review for Variety, chief film critic Owen Gleiberman praised “Roma” writing, “Cuarón has paid indelible homage to the Mexico he grew up in, but in the end, it’s not so much a drama as a meditation: a beautiful movie whose artistry might have soared more if it had less insistent gravity.”

“Roma” will have limited theatrical engagements starting on Nov. 21 in Los Angeles, New York, and Mexico before slowly expanding to additional markets. It will be released on Netflix on Dec. 14.

Read Variety’s recent cover story with Cuaron about the painful and poetic backstory behind “Roma.”