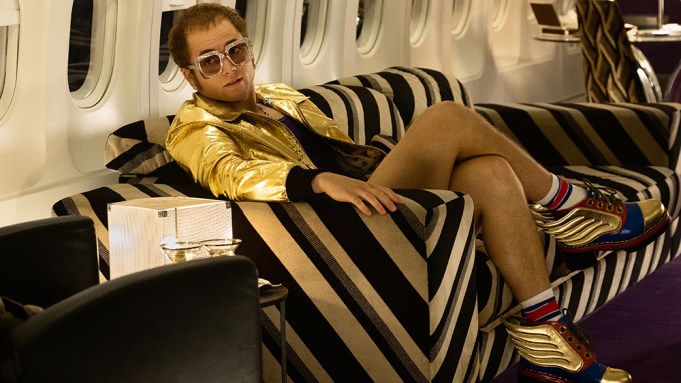 It’s lonely out in space for Taron Egerton, who portrays Sir Elton John in the upcoming musical film “Rocketman.” The first teaser trailer for the movie dropped on Monday.

“There are moments in a rockstar’s life that define who he is,” Egerton says in the clip. “It’s going to be a wild ride.”

“Everyone thinks it’s a biopic. It isn’t. It’s a fantasy musical,” Egerton told Collider in May. “So it’s actually his songs used to express important beats in his life at emotional moments. He’s not the only character that sings,” he said.

Much like Bradley Cooper’s famous insistence that all vocal performances in “A Star Is Born” be performed live, Egerton told Collider, “I will always be singing on set. No miming. I’m just not interested in doing it that way.”

Egerton is known for his performances in “Kingsman: Secret Service” and “Eddie the Eagle.” Egerton will also appear as the title character in the upcoming Otto Bathurst film “Robin Hood” alongside Jamie Dornan and Jamie Foxx.