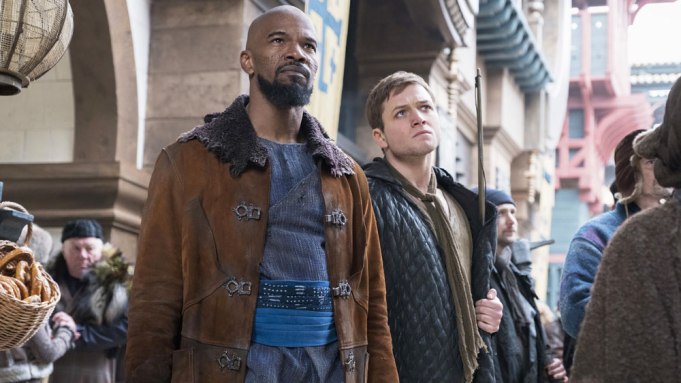 Taron Egerton is ready to steal from the rich as Robin Hood in the first trailer for Lionsgate’s upcoming movie “Robin Hood.”

“You were a lord, but now you get to become a thief, and I’m going to show you how,” he’s told by Jamie Foxx, who plays Little John.

Egerton’s character asks, “When do I actually get to, you know, steal?”

Egerton’s Robin Hood is a war-hardened crusader, while Foxx portrays a Moorish commander mounting a revolt against the corrupt English crown. The trailer, released on Tuesday, shows a gritty, violent version of England with plenty of swordplay and archery.

Lionsgate also unveiled the investing app Robinhood for a San Diego Comic-Con scavenger hunt titled “Crypto Power to the People.” Attendees will search for coins redeemable for $50, $500, $1,000, or $5,000, which they can use to invest in cryptocurrencies like Bitcoin or Ethereum from Thursday to Saturday.