Robert Redford on His Retirement: ‘I Can’t Last Forever’ 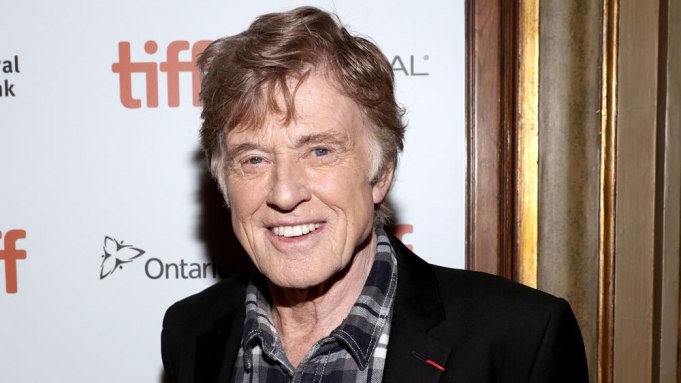 Robert Redford may have said he was retiring after his latest film, “The Old Man and the Gun,” but the legendary actor and director isn’t so sure right now.

“I don’t know if [‘Old Man and the Gun’] is the last one,” the 82-year-old star told Variety at the movie’s gala presentation on Monday at the Toronto International Film Festival.

But at the same time, he said, “I can’t last forever.”

In late August, at the world premiere of the movie at the Telluride Film Festival, Redford told the crowd, “The truth is that I really do feel that it’s time for me to move into retirement. I’ve been doing this since I was 21. I’ve put my soul and heart into it over the years. I thought, ‘That’s enough. Why don’t you quit while you’re a little bit ahead? Don’t wait for the bell to toll. Just get out.’ So I felt my time had come and I couldn’t think of a better project to go out on than this film.”

Redford’s “Old Man” co-star Sissy Spacek hopes we haven’t seen the last of him on screen. “We’re going to have to talk him out of it,” she said.

In a nod to Redford’s political activism, she cracked, “If you all write in and call your representative, we could maybe stop him.”

Asked about retirement gift ideas for Redford, Spacek suggested, “A watch, of course.”

Co-star Danny Glover said, “I hadn’t thought about [a gift] because I don’t believe he’s going to retire.”

Redford, however, knows exactly what he would want people to give him. Without missing a beat, he told Variety, “Money!”

Directed by David Lowery, “The Old Man and The Gun” stars Redford as real-life bank robber Forrest Tucker, who escaped from San Quintin at the age of 70 to continue his life of crime. The film hits theaters on Sept. 28.