Robert Redford Backtracks on Retiring From Acting: ‘That Was a Mistake’ (EXCLUSIVE) 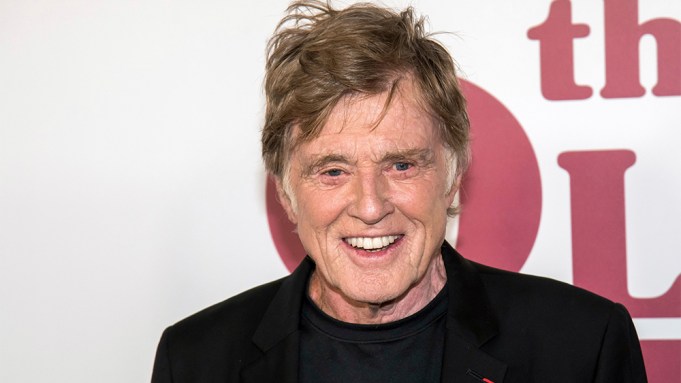 Robert Redford may not be retiring from acting, after all.

Redford spoke to Variety at the premiere of his upcoming film “The Old Man & the Gun,” which is believed to be the final film for the legendary actor, who said back in August that he’d be retiring from acting.

“That was a mistake. I should never have said that,” Redford told Variety when asked if he’s truly retiring.

“If I’m going to retire, I should just slip quietly away from acting, but I shouldn’t be talking about it because I think it draws too much attention in the wrong way. I want to be focused on this film and the cast,” Redford said at the New York City premiere on Thursday night.

Asked to clarify if this is not his final film, Redford responded, “I’m not answering that.”

“Keep the mystery alive,” he added with a laugh.

If “The Old Man & the Gun” is truly Redford’s final performance, the 82-year-old will sign off with a project that he believes will bring a smile to audiences’ faces.

“The story and the character, and the fact that it was true…a guy that robbed 17 banks, got caught 17 times, went to prison 17 times, and escaped 17 times, and it’s a true story,” Redford explains of the crime comedy. “Also, it’s very upbeat. We’re living in dark times. These are really dark times we’re surrounded by, and I thought it would be nice to do something upbeat, something positive that might put a smile on your face, you hope.”

Though he didn’t elaborate on what he meant by “dark times,” Redford said the biggest change he’s witnessed during his 60-year career in Hollywood is the Me Too movement.

“The fact that women now have a voice that’s going to be heard, and they’re going to raise it louder and louder, I hope, because they’ve been pushed aside for so long. I’m very happy to see what’s going to be happening with women, in terms of leadership roles, executive roles, acting roles,” Redford said. “It’s time.”