Netflix Creating Slate of Programming Based on Roald Dahl Books 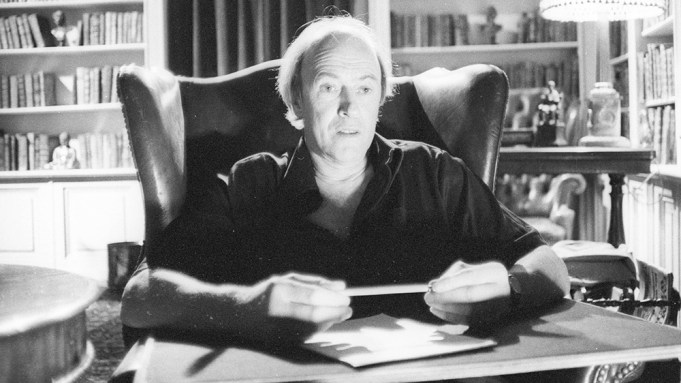 Netflix will create an animated event series based on the books of Roald Dahl. The British author is a favorite of young readers, having created iconic characters such as Willy Wonka, the BFG, and the Twits.

The shows come with the blessing of the author’s family and will be produced in conjunction with the Roald Dahl Story Co. In a press release announcing the partnership, Netflix said it intends to remain faithful to the “quintessential spirit and tone of Dahl.” However, the company isn’t just interested in a straight adaptation of his books. It wants to create a “story universe” that will extend beyond the yarns about magical chocolate factories and friendly giants that have already been told.

In an interview with Variety last month, Melissa Cobb, VP of kids & family content at Netflix, said some of the Dahl stories will “potentially overlap.”

“There will be threads that connect all of them,” she said. “We want to do the animation in the style of Dahl.”

Dahl’s stories, which are both wryly funny and fantastical, have been the basis of everything from Broadway shows to major movies over the decades. But this pact elevates them to a higher echelon of intellectual property, implying that the children’s books have enough heft and imagination to inspire a sprawling set of programming.

The partnership comes as Netflix is ramping up its slate of family entertainment. The studio has already unveiled several ambitious films and series, including a stop-motion adaptation of “Pinocchio” from Guillermo del Toro, as well as “The Willoughbys,” an adaptation from the Lois Lowry novel of the same name by writer and director Kris Pearn (​”Cloudy With A Chance of Meatballs 2″)​, and “Maya and the Three,” a limited series from Jorge Gutierrez (“Book of Life”). Netflix is making this investment as Disney prepares to launch its own streaming service. The company previously licensed Disney films, and must fill the void when the studio starts pulling titles off of Netflix. It’s an important genre for the company. Although Netflix does not release viewership data, it has said that nearly 60% of its customers, or roughly 83 million households, watch kids and family content.

The list of titles in the agreement between Netflix and the Roald Dahl Story Company includes “Charlie and the Chocolate Factory,” “Matilda,” “The BFG,” “The Twits,” “Charlie and the Great Glass Elevator” and “George’s Marvellous Medicine.” A few notable Dahl books, such as “James and the Giant Peach” and “The Fantastic Mr. Fox,” were not included in the pact.

“Our mission, which is purposefully lofty, is for as many children as possible around the world to experience the unique magic and positive message of Roald Dahl’s stories,” said Roald Dahl’s widow, Felicity, in a statement. “This partnership with Netflix marks a significant move toward making that possible and is an incredibly exciting new chapter for the Roald Dahl Story Co. Roald would, I know, be thrilled.”

The first of the Netflix Dahl animated series will start production in 2019. Endeavor put the deal together.