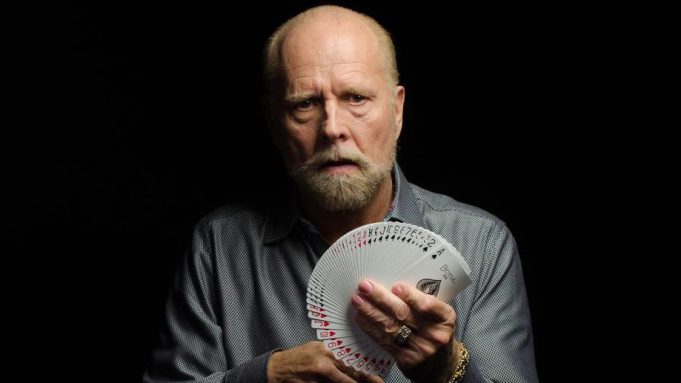 Close-up card magician legend Richard Turner will be the subject of a new feature film.

Court Five producers Jane Fleming and Mark Ordesky have struck a deal with Keep On Running Pictures and Ralph Smyth Entertainment to develop and produce a feature film based on Turner’s life story, Variety has learned. And what a life it is — Turner became a slight-of-hand master despite the fact that he is completely blind.

Turner was the subject of “Dealt,” an acclaimed Sundance Selects documentary about his life that debuted in 2017. The film went on to win the audience award for documentary at SXSW and became the most watched documentary on iTunes.

The filmmakers behind “Dealt” – director, writer and producer Luke Korem, producer Russell Groves, and writer Bradley Jackson – are all on board to produce the feature film with Court Five. To make the movie, Korem spent months with Turner and his family, capturing them in rare, unguarded moments, and getting the magician to open up about his difficulty coming to terms with his disability.

Turner prefers to call what he does “card mechanics,” but whatever the name for his particular set of skills, they have have entertained millions of people around the world. Just check out this appearance on Penn & Teller, where he leaves the duo astonished and at a loss for words. Because he cannot see the cards, he uses his heightened sense of touch to determine what’s being shuffled.

“Richard Turner is a one-of-a-kind character whose fierce commitment to overcoming adversity is inspiring and moving in equal measure,” Fleming and Ordesky said in a statement. “We are thrilled to expand on the terrific storytelling of ‘Dealt’ to bring audiences even more of his incredible story.”

Turner’s infatuation with cards began as a young boy while watching the TV show “Maverick.” At the age of 9, however, his eyesight suddenly began to fail and he was diagnosed with a form of macular degeneration and told he would eventually go blind.  In denial and out of a sense of anger and frustration, Turner began taking greater risks — motorcycling, cliff climbing, and becoming a black belt in karate — before ultimately making his peace with the difficult hand he had been dealt.

“In many ways, Turner’s life plays out like a screenwriter’s dream,” Korem said. “Some parts sound like ‘Big Fish,’ except his life is real. There are so many amazing facets which are full of conflict and intrigue, even beyond what’s in the documentary. We are excited to partner with Court Five and create this new film which will surely entertain, inspire and deeply resonate with audiences.”

Court Five is a multi-platform media company founded by New Line Cinema veterans Jane Fleming and Mark Ordesky. The company has produced five feature films, most recently the Netflix Original #RealityHigh. On the television front, it has backed the ABC series “The Quest” and is currently developing and packaging new series with Endeavor Content, Chernin TV, Amazon Studios, and Global Road.