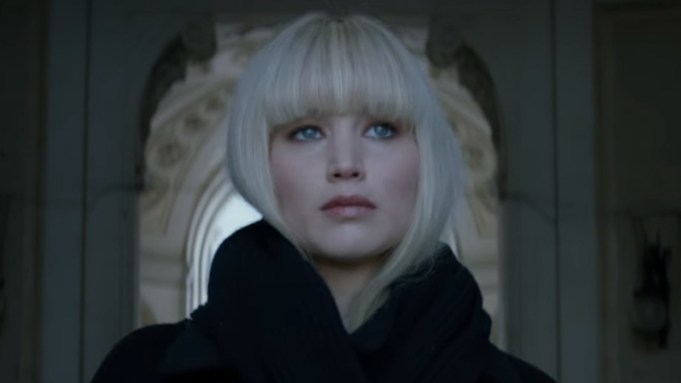 In the clip, Lawrence’s Dominika Egorova says, “I saw something I was not supposed to. They gave me a choice: die or become a Sparrow.”

Directed by Francis Lawrence and featuring Joel Edgerton, Matthias Schoenaerts, Charlotte Rampling, Mary-Louise Parker, and Jeremy Irons, the film follows the story of Egorva, a top ballerina who suffers a career-ending injury. With she and her mother facing an uncertain future, Lawrence’s character becomes the newest recruit for Sparrow School, a secret intelligence service that trains young people to use their bodies and minds as weapons.

She emerges from training as the most dangerous Sparrow the program has ever produced, and must now live her life as a spy, which leads to an encounter with an American CIA agent (Edgerton) who tries to convince her he is the only person she can trust.

The new spot gives a deeper look into the choice faced by Egorva, as Edgerton’s CIA agent tells her to “take her life back.”