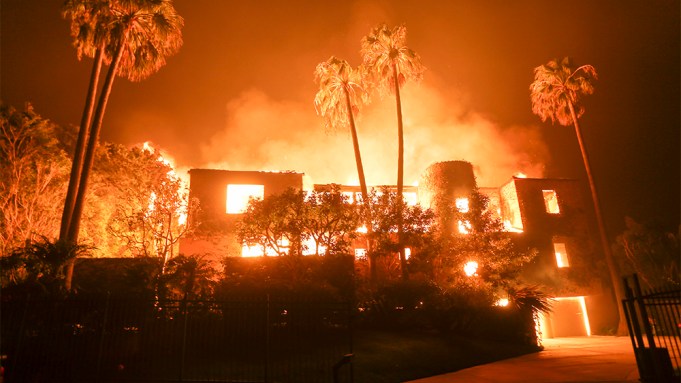 The California wildfires have caused the cancellation of the red carpets for “Widows” and “Destroyer” at the AFI Festm at the TCL Chinese Theatre in Hollywood.

A total of five red carpet events have been called off in recent days due to the still-raging fires. Netflix scrubbed a pair of red carpets at the AFI Fest for Sunday’s premiere of “The Ballad of Buster Scruggs” and for Monday’s “Bird Box,” and Paramount canceled the red carpet for “Instant Family” on Sunday. The screenings still took place as scheduled.

Additionally, the Hollywood Foreign Press Association and InStyle have canceled the red carpet and party that had been planned as part of Wednesday’s news conference to reveal the 2019 Golden Globe Ambassador in Los Angeles. The news conference will still take place.

Fox issued a statement Tuesday afternoon about the action-thriller “Widows,” which will screen Wednesday: “In light of the recent devastating events throughout California, Twentieth Century Fox has cancelled its planned red carpet for ‘Widows’ at AFI Fest. The screening of the film will continue as planned, and the studio will match the cost of its post-screening event with a donation to the United Way of Greater Los Angeles Disaster Relief Fund. Our hearts are with all those impacted, and our thanks go out to all the first responders working tirelessly to help everyone in need.”

Annapurna issued a statement earlier Tuesday about “Destroyer”: “After the tragic events of last week’s mass shooting and the continued wildfires across our beautiful state, we will be cancelling tonight’s AFI FEST red carpet for ‘Destroyer.’ The screening of the film will go on as planned. Annapurna along with the filmmakers, cast and crew of Destroyer express their deepest condolences to the victims and those who have been affected and are extremely grateful to all who have risked their lives in responding to both tragedies.”