Remembering Penny Marshall, Who Forged Her Own Path and Paved the Way for Others 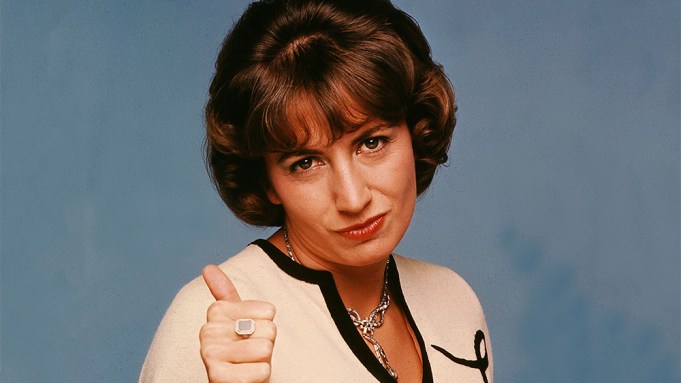 She was a natural comedian — fearless and funny, willing to trade on her natural Bronx brogue to craft a sassy and street-wise character that was tailor-made for sitcoms. But Penny Marshall, who died Monday night at the age of 75, proved throughout her long career that she had so much more in the way of talent and ambition.

After her 1976-1983 run on ABC’s “Laverne & Shirley” made her a household name, Marshall used her skills and her connections to segue into directing. There was no roadmap in the early 1980s for a female TV star to make such a 90-degree turn, but Marshall found the path. She undoubtedly endured skepticism and snickers as she earned her DGA card, starting by directing several later episodes of “Laverne & Shirley.”

Variety’s coverage of Marshall’s early years in showbiz makes clear the obstacles she faced in her effort in stepping out of the shadows of the men in her life. She was routinely referenced as being the sister of prolific producer Garry Marshall, or as Rob Reiner’s wife during their 1971-1979 marriage. But the glimmers of her multi-faceted talent were also there.

An item in a 1974 Army Archerd column focused on Reiner noted as an aside that Penny was penning a script for the short-lived CBS sitcom in which she co-starred, “Paul Sand in Friends and Lovers” (which hailed from “Mary Tyler Moore Show” creators James L. Brooks and Allan Burns). As devoted fans of “Laverne & Shirley” know, Marshall and her co-star Cindy Williams first met when they were hired as writers for a Francis Ford Coppola-produced sketch comedy movie project about the history of America. At the time, both Marshall and Williams were managed by Garry Marshall’s Compass Management banner.

“Laverne & Shirley” was a top 10 series for most of its run during a time when fewer options on the dial meant that tens of millions of viewers checked in every week with the plucky girls who worked in a Milwaukee brewery and lived in a basement apartment. Marshall’s Laverne DeFazio was always on the hunt for a boyfriend, but she was no fool. Marshall infused the character with a kind of feminine swagger represented by the ever-present cursive “L” stitched on to virtually every item in her closet. Laverne was proud of who she was — she wore it on her chest.

“She’s bigger than life,” Williams said of Marshall in a 2015 interview with Me TV. “She’s just a splendid comedienne and her timing is impeccable and her physical comedy is beautiful.”

Marshall stepped in to direct her first feature, 1986’s “Jumpin’ Jack Flash,” at the request of star Whoopi Goldberg after conflicts emerged with the original director. “Flash” was a forgettable comedy, but it was a launching pad for Marshall at a time when the list of women directing studio movies barely reached double digits.

By 1988, Marshall made Hollywood history with her second feature film, “Big,” starring Tom Hanks as a teenager who wakes up one morning in the body of a 30-something man. “Big,” which reunited Marshall with producer Brooks, became the first movie directed by a woman to gross more than $100 million. Moreover, it was the rare high-concept comedy that earned critical raves, as the material rose above the confines of its premise. “Big” was a milestone for Hanks’ career, enhancing his credentials as an actor and garnering his first Oscar nomination.

With box office success being a great leveler, Marshall had arrived as a director. She scored again with 1990’s “Awakenings,” in which she demonstrated a marked departure in tone from “Big.”

Two years later, Marshall delivered her biggest hit, the women’s baseball team comedy “A League of Their Own.” The movie has taken on added significance over the years as an exemplar of female empowerment. And it wouldn’t have happened but for Marshall’s hard work to put herself behind home plate as a director. The film’s most famous line, “There’s no crying in baseball,” delivered by the beleaguered team manager played by Hanks, exemplifies why the movie still resonates (perhaps even more so now). While the men expected the women to crumble, the athletes did exactly what they were there to do: get in the dirt and play baseball.

Marshall’s momentum as a director slowed in the late 1990s after she delivered some less-notable movies: 1994’s “Renaissance Man,” 1996’s “The Preacher’s Wife,” and 2001’s “Riding in Cars With Boys.” There is no doubt that Marshall faced a steeper climb to stay in the directing game over the years than a man in the same circumstances.

During the past decade, Marshall directed episodes of ABC’s “According to Jim” and Showtime’s “United States of Tara”  — two comedies that could not have been more different — and she made a number of TV appearances as herself (HBO’s “Entourage,” Fox’s “Bones”). Marshall and Williams invoked the “Laverne & Shirley” days by reuniting for a guest shot on the 2013 Nickelodeon comedy “Sam & Cat.”

Marshall’s final TV appearance came in a 2016 episode of “The Odd Couple,” CBS’ revival of Tony Randall-Jack Klugman sitcom (based on the Neil Simon play) that was produced by Garry Marshall. Penny Marshall had a recurring role on the original sitcom as Oscar Madison’s secretary, Myrna. The 2016 episode was a tribute to Garry Marshall following his death at age 81. It was full of stars from Garry Marshall series, including “Happy Days” alums Ron Howard and Marion Ross and “Laverne & Shirley’s” Williams. But none of the sitcom veterans got a bigger applause on entrance than Marshall. Without explanation, Marshall’s character wore a cursive “P” (for Patty) on the upper right hand corner of her shirt. Throughout her varied career, Marshall made sure the audience and the industry knew who she was and what she was capable of — no matter how high the hurdles in front of her.

(Owen Gleiberman contributed to this report.)