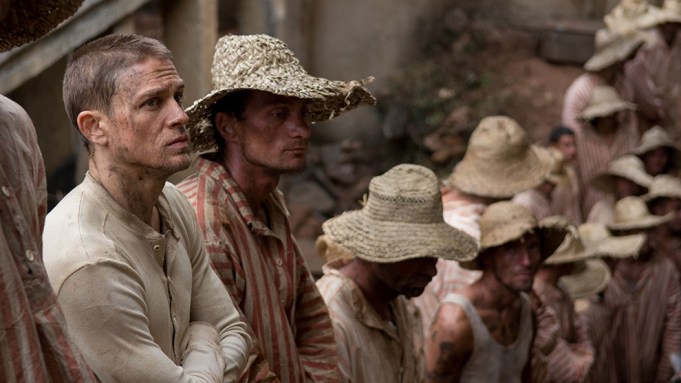 In the trailer, Hunnam’s character is dragged out of his girlfriend’s home and sent to prison as he exclaims that he is being framed. He soon finds himself imprisoned on an island with seemingly no escape, surrounded by shark-infested waters and abusive guards. He soon forms an alliance with Malek’s character, a fellow prisoner. “If I ever get out, I’m going to live a different kind of life,” Hunnam promises as he overlooks the ocean at the end of the video.

The film is a remake of the 1973 classic starring Steve McQueen and Dustin Hoffman, which was adapted from the 1969 autobiography of the same name and its sequel, “Banco.” The upcoming movie, directed by Michael Noer and written by Aaron Guzikowski, sees Hunnam as French safecracker Henri “Papillon” Charriere, who is framed for murder and condemned to a penal colony on Devil’s Island. He teams up with Malek’s Louis Dega, a convicted counterfeiter, who agrees to finance Papillon’s escape in exchange for protection. Eve Hewson also stars as Charriere’s girlfriend, Nenette.

In his review for Variety, Dennis Harvey wrote, “In almost every respect, Danish director Michael Noer’s remake is a humbler enterprise, although still ambitious and impressive enough. In the end, what matters most is that the principally unchanged story of survival in colonial French Guiana remains a compelling one, no less when played as a relatively straightforward action-suspense saga rather than as a gargantuan allegory about the Indomitable Human Spirit.”