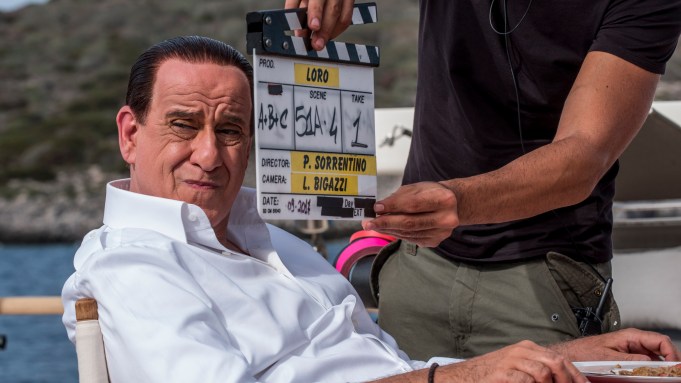 Oscar-winning director Paolo Sorrentino has decided to split his film “Loro,” about media magnate-turned-politician Silvio Berlusconi, into two parts, the first of which looks set for release in Italy by Universal in late April, ahead of the Cannes Film Festival.

Sorrentino, who started shooting the film last summer, started considering the possibility of turning “Loro” into a two-parter after he began editing, because he had plenty of footage that he was excited about, sources said.

Although Cannes generally does not take titles that aren’t world premieres, they have made exceptions to that rule for Italian directors in the past, most notably for Nanni Moretti’s “The Caiman,” which was also about Berlusconi, albeit more indirectly. Sources say that “Loro” is being submitted to Cannes, but it is not clear whether the idea is for both parts to play there.

Actor Toni Servillo (“The Great Beauty”), who plays the media mogul and former prime minister, only appears shot from behind. When a voiceover asks him: “What did you expect – that you could be the richest man in the country, be prime minister, and everybody would be crazy about you?”, he replies: “Yes, that’s exactly what I expected.”

Berlusconi, who served four times as prime minister and defined an era in Italy’s postwar political life, still holds considerable sway in the country. But his ambitions to become kingmaker following the country’s inconclusive elections earlier this month failed.