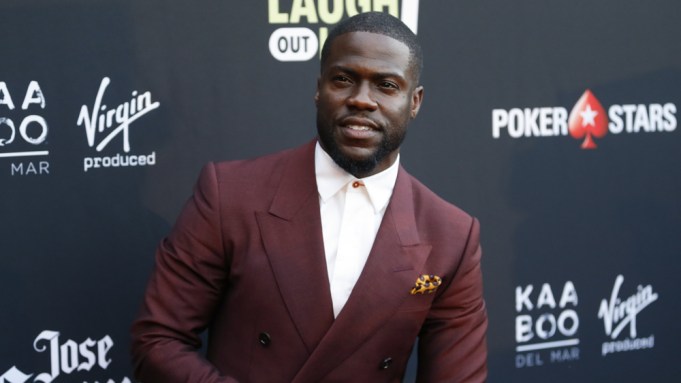 Kevin Hart’s abrupt departure as Oscars host has left the Academy of Motion Pictures Arts & Sciences scrambling to find someone to take the gig. As of now, the situation remains fluid as the group’s leadership explores options, including going host-less, individuals familiar with the situation told Variety.

The Academy was blindsided by Hart’s announced departure Thursday night, according to two insiders. The Board of Governors will convene on Tuesday night at a previously-scheduled meeting where the matter will inevitably be discussed.

“They’re freaking out,” said a top comedy agent, speaking on the condition of anonymity. There were no contingency plans in place by the Academy or broadcaster ABC, according to another insider. The show’s producers are back to square one.

Late night hosts might seem an obvious choice, given their national profiles and history with the show (think Jimmy Kimmel, Jon Stewart and David Letterman). But the Academy is now said to be gun shy about going with someone anyone who might be too edgy, noted an industry source. Then again, going too safe could be fatal for the show’s record-low ratings — the telecast was watched by 25.6 million people in March, a 19 percent drop from the previous year.

Another option being tossed around is not having any host at all, but rather “a bunch of huge celebs, something ‘SNL’ style, and buzzy people” to keep the show moving, the insiders said. A stunt like a group monologue was floated, one source added.

ABC and the Academy did not return requests for comment on their search for a new host.

The Academy had hoped that Hart would apologize for a series of years-old homophobic tweets and show signs of genuine remorse, but would stop short of actually leaving the show, said another person close to the Hart exit. The group’s leadership did believe the comic needed to do a better job of addressing the jokes, which included tweets that made light of AIDS and offensive comments about the trans community.

Hart broke his silence on Thursday with a reaction to the tweets where he spoke of personal growth but did not initially apologize. He resigned hours later, including an apology with his statement that he was stepping down. His exit came after widespread outrage from GLAAD and other individuals in the LGBTQ community.

There’s also the emotional fallout from Hart. One top talent rep wondered why the Academy didn’t more thoroughly vet the host, particularly given that Hart has been asked about some of these jokes in the past.

“My clients are bummed. They’re bummed Kevin didn’t stay the course and serve as an example. It dampens the experience, hopefully [the Academy] can pull it together so we can focus on the excitement,” said the rep.

The Academy is under pressure to solve the host problem quickly ahead of the Feb. 24 broadcast. The Hart loss seems even more chaotic given the long runway Kimmel had for last year’s ceremony: He was announced as host in May 2017.